A Zimbabwean transgender woman has successfully won her appeal at the South African High Court, stopping that country’s immigration department from deporting her.

The High Court ordered her release from detention, stopped her deportation and ruled she could approach the Refugee Centre to submit her application for asylum.

The court order also ordered the Ministry of Justice and Correctional Services and the Director of Public Prosecutions: Gauteng Local Division and National Prosecution Authority to pay the costs of the applicant’s application.

The applicant, Emily Musimwa, was remanded in custody by the Hillbrow Magistrate Court in January pending trial (February 17, 2020) for violating Section 49 of the Immigration Act.

She then approached the High Court to seek recourse, having already spent two weeks in prison.

Her lawyer, Dr Vusumuzi Sibanda argued Musimwa sought asylum because Zimbabwean laws are unkind to the Lesbian, Gay, Bisexual, Transgender and Intersex (LGBTI) community and she could not be deported to Zimbabwe without approaching the refugee centre.

On February 12, 2020, at the High Court of South Africa: Gauteng Local Division in Johannesburg, Judge Kathree-Setiloane, ordered the Ministry of Justice and Correctional Services, the Director of Public Prosecutions: Gauteng Local Division and National Prosecution Authority, the Chief Director: Asylum Seeker Management DHA and the Minister of Home Affairs, cited at the first, second, third and fourth respondents to release Musimwa forthwith.

“It is ordered that in terms of Regulation 2(2) of the Refugees Regulations, the applicant is entitled to remain lawfully in the Republic of South Africa for a period of 14 days in order to allow her to approach the Refugee Reception Office to submit her application for asylum,” read the high court order.

The Director of Public Prosecutions: Gauteng Local Division and National Prosecution Authority and the Minister of Home Affairs were “hereby interdicted from detaining criminally charging and or deporting the applicant in terms of the Immigration Act 13 of 2002 until her status under the Refugees Act 130 of 1998 has been lawfully and finally determined by the Refugees Determination Office.”

Judge Setiloane also ordered the Chief Director: Asylum Seeker Management DHA and Minister of Home Affairs to immediately issue Musimwa with a permit contemplated in Section 22 of the Refugees Act 130 of 1998 read together with Regulation 2(2) of the Refugees Regulations.

“The first and the second respondent are ordered to pay the costs of this application including the wasted cost on February 11, 2019, jointly and severally, the one paying the other to be absolved,” said the high court order.

Musimwa’s lawyer said she was “never supposed to stay in custody and the court was supposed to release her the day we appeared (that was January 22, 2020) because the law is clear on that for claimants to the asylum system. The Magistrate (at (Hillbrow Magistrate Court) failed to apply the law and neglected the rights of Ms Emily Musimwa,” said Dr Sibanda. 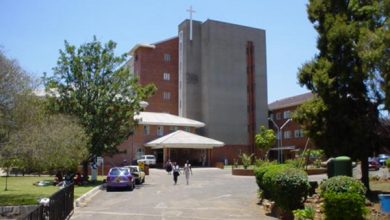