A toxic combination of poor planning and un-kept government promises, in-adequate financial and material resources, and a lackadaisical approach by health authorities and the general citizenry has characterised the haphazard response to the Covid-19 pandemic during the 21-day lockdown.

Government announced a 21 day lockdown, which is expected to end on Monday, among other measures to fight Coronavirus but confirmed Covid-19 cases keep rising with Bulawayo currently emerging as a hotspot.

As of Thursday, April 16, Bulawayo had 10 confirmed cases; 8 of them having been tested since Monday after the National TB Reference Laboratory at Mpilo Central Hospital began Covid-19 testing.

Five of the cases were due to local transmission, the Health and Child Care ministry said, sparking panic among most city residents.

All along, Covid-19 testing was done at the National Microbiology Reference Laboratory at Sally Mugabe Central Hospital in Harare, hampering the fight against the global pandemic at a local level.

Weeks after the country confirmed its Covid-19 case, government has failed to implement World Health Organisation (WH0) comprehensive measures to fight the disease such as widespread and decentralised testing, contact tracing, isolation, quarantining, effective treatment and awareness during the lockdown.

A Bulawayo citizen’s led initiative to fight Covid-19 that runs under the banner Citizens Covid-19 monitor blames government for hampering the fight against health crisis at a local level.

“The most successful lockdowns have been the ones that have been combined with extensive, rigorous and accessible testing together with massive awareness campaigns. This is where the lockdown in Zimbabwe failed,” Effie Ncube, a Citizens Covid-19 communications officer said.

“It was deployed without extensive and accessible testing and with a poorly rolled out information campaign. In the end it was handled less as a pandemic but more as a law and order issue. The health authorities deferred (Covid-19 response) to the army and police.”

Only 603 people across the country with have been tested to date, with Matabeleland North, South and Midlands sending their samples to Bulawayo for testing.

Matabeleland South and North still have no isolation and treatment centers while Bulawayo relies on the ill-equipped Thorngroove Infectious hospital.

In Matabeleland North and South, facilities have been identified as Covid-19 referral centres, but resource constraints have made that not a reality, said Nqobizitha Mangaliso Ndlovu who is in charge of the ministerial COVID-19 programs in Matabeleland South.

“There have been a lot of bottlenecks in the provision and distribution of certain resources in the fight against Covid-19,” Ndlovu said, adding: “we are working towards addressing those bottlenecks.”

While government has failed a test to fight Covid-19, the general citizenry has not helped matters either, with many failing to heed advice to take social distancing seriously. Residents are refusing to stay at home because they are hungry, and many can be seen in snaking mealie-meal queues.

Before any Covid-19 case was recorded in Zimbabwe, government issued several statements claiming its preparedness and readiness to fight the disease but evidence on the ground now points to the contrary.

To add salt to injury, the High Court ordered government to ensure that health workers had access to protective equipment despite claims of inadequate resources by the latter.

International donors, corporates and individuals have been forced to step in save lives by providing sanitisers, protective clothing among others while also pooling resources together to equip the country’s teetering health delivery sector.

“We have arrested more people than we have tested during the lockdown. Without extensive testing combined with massive community-centred awareness you can have a 10-year lockdown but still fail to contain the disease,” Ncube adds.

“Countries like Singapore and South Korea have succeeded because they did more testing than the rest on a per capita basis. They did not just lockdown and have the army and police move around beating up people, instead a lockdown was taken as an opportunity to deploy science against the disease.” 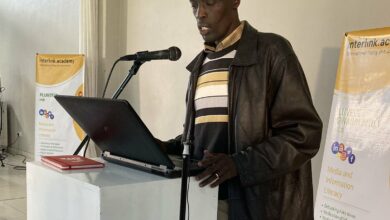 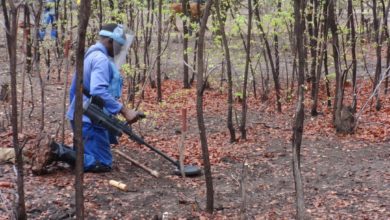