Zimbabwe’s economic situation which has been deteriorating since the disputed 2018 general elections, worsened this month with the unprecedented hikes in the prices of basic commodities to levels beyond the reach of ordinary citizens.

Fuel prices have also shot up, while no meaningful improvement has been registered in the energy sector with citizens continuing to endure long hours of load shedding, stretching up to 18 hours a day.

The majority of the commuting members of the public in urban centres now spend hours queuing for the ZUPCO buses as they cannot afford the ZW$3 charged by commuter omnibuses.

In Bulawayo, the City Council has also introduced the 48-hour water-shedding citing disruptions in pumping the precious liquid as a result of power cuts and a burst on a major supply pipe.

Doctors across the country have since downed tools pressing for better salaries and conditions of service dealing a heavy blow to the already limping health sector.

What is on the ground is pointing to a further worsening crisis with no solutions being implemented to avert total disaster.

POLAD, snubbed by main opposition MDC leader, Nelson Chamisa, comprises ZANU-PF and other smaller political parties all of which are not represented in Parliament save for the Thokozani Khupe-led MDC-T.

While these political parties have been meeting since February, nothing seems to have been achieved with the situation in the country has become untenable.

While the West has consistently told President Mnangagwa to engage Chamisa, political analysts, on the other hand, have also said talks that exclude the main opposition party will not yield any positive results.

The MDC has refused to be part of POLAD demanding a neutral facilitator.

However, ZANU-PF has turned a blind eye to the main opposition party’s demands.

“Genuine talks leading to a national dialogue that can find solutions to the problems bedevilling Zimbabwe have not yet begun,” political analyst, Dewa Mavhinga, argued.

“What we currently have are talks of like-minded people on one side talking to themselves, the proverbial case of preaching to the choir. Zimbabwe remains highly polarised and divided with the two main political parties, the MDC and ZANU-PF, not seeing eye-to-eye, and that remains a big problem.”

Mavhinga said ordinary Zimbabweans were experiencing hardships, as a result, the political leadership’s refusal to listen and implement good governance and human rights reforms that will lure international investors into the country.

“People will not eat the lame propaganda about so-called sanctions. Everyone knows that hardships are coming from rampant corruption which the government has not addressed,” added Mavhinga.

Fortune Mlalazi, a political analyst as well, said it was high time Mnangagwa and Chamisa engaged each other as major political players in the country.

“POLAD is as good as useless because you have one major player engaging minor players who do not necessarily control a constituency,” Mlalazi said.

He argued that both Chamisa and Mnangagwa received over two million votes in the 2018 polls hence the need for the two to seriously engage to resolve the national crisis.

Sipho Nyoni, also political commentator said POLAD, in the absence of MDC, was a waste of time and resources.

“I think and believe the political parties dialogue aimed at fixing the challenges facing the country, is as good as a non-event,” said Nyoni.

“This is because we all know that the current political set up in Zimbabwe is binary. It consists of ZANU-PF and MDC at most. These are the two parties that emerged from the 2018 elections with the most votes, so to, therefore, have one of them namely the MDC not taking part in the talks is a mockery of the whole process.”

Nyoni said only broader and inclusive talks can rid Zimbabwe out of the current political crisis.

He thus argued: “I think for these talks to work, there is a need for a broad-based political approach from not only political players but civil society, trade unions, and churches. From such talks a consensus can then be reached, which will direct the way forward on the Zimbabwean political logjam. In other words the crisis gripping the nation cuts even deeper than politics and it needs the input of every Zimbabwean who can contribute.”

He added that Zimbabwe should now consider anything including a coalition government to lessen hardships faced by citizens.

“The other political parties’ participation in the process is inconsequential since they wield very little political clout and influence. This is evidenced by their lack of representation in Parliament.  In the absence of the MDC, these talks will remain a mere talk show and thus won’t take us anywhere”.

Sithole argued that there is need ZANU-PF to get the MDC A to participate in the dialogue processes to address the illegitimacy question and other issues the party has raised. “Maintaining the position that the illegitimacy question was addressed by the Constitutional Court is not helping the situation. There has to be a political solution to this and that’s where the dialogue process comes in,” argued Sithole. 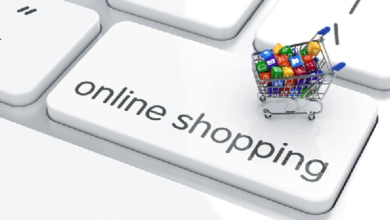