The new steeped domestic tariff introduced in October consists of a three-tier system where consumers pay 41 cents per unit for 50 units, move to 91 cents for 150 units and $3.87 for 200 units.

According to ZESA spokesperson, Fullard Gwasira, the power utility had since 2011, not effected any tariff increases and was operating at a loss.

“When other costs were going up, ZESA was not taking cost cover. As a result, the business was running at a loss for all these years. This year, we reached a poor season in terms of electricity generation, as we didn’t have enough water at Kariba,” he said in an interview with CITE.

Kariba, which produces hydropower, is the country’s cheapest electricity source but Gwasira said the water levels steadily dwindled from a height of 1050 metres to about 200 metres.

“We now have to import power but it has to be paid for and we are spending about USS15 million per month for imports,” he said.

For local generation, ZESA spends about ZWL$30 million per week to buy coal and diesel.

“A lot of diesel and coal is used in thermal generation. Diesel has moved from ZWL$1 to ZW$17 yet we didn’t have a tariff increase. Coal moved from ZW$26 to over ZW$200. We reached a point where we couldn’t import power and were going for 18 hours without power. We didn’t have money to pay Eskom yet we were importing power at a premium and supplying it to our customers at a huge real loss,” said ZESA’s spokesperson.

However, Gwasira highlighted that ZESA’s steeped domestic tariffs recognised not all customers were financially endowed.

“The first 50 units –what we call the lifeline tariff is 41 cents per unit or kilowatt. For the vulnerable groups, it enables them to buy power for about $21 a month. The 50 units are enough to provide power for a two-plate stove and five lights for a calendar month.

Gwasira claimed a scientific study by ZESA was done, which showed trend patterns of a normal household for 30 days and through usage patterns, concluded most households consumed around 200 units.

“It’s not a very generous figure, as we have to factor the cost of local production and imports. But for 200 units, a household can survive,” Gwasira said.

The ZESA spokesperson noted that customers felt the pinch when they exhausted the 50 units and 150 units, as they moved on to the last tier of $3.87 per kilowatt.

“This then recovers the full cost of power. It assumes and recognises that you are no longer vulnerable, that you have gadgets that consume power, that you have economic activity happening at this point so you then pay the proper price for power,” Gwasira said.

He added that ZESA’s system was “intelligent” and effected these tariffs once consumers bought power so hoarding electricity was ineffective.

Gwasira emphasised money collected in the short term would lead to greater improvements in service delivery.

“It will enable us to service our loans, expand power stations, increase output from stations and increase number of units. This money is not going to be spent on salaries, or motor vehicles for managers but on service delivery,” he claimed.

“Customers would remember, ZESA did two debt write-offs in 2009 and 2013 but that debt came back again. So it means countrymen are not paying the debt. Then this debt we put in a technical solution to then collect the debt on their behalf. Every time they make a purchase, the debt is paid.

The ZESA official said for the past four and a half years, there was no load shedding, as a lot of “fat had accumulated over the years” but was now finished.

“So with this stepped tariff in a few months in the short term it will give us revenue, revenue for us to go the bank and buy USD at the interbank rate, because right now while customers are paying, we are not importing enough. Once we collect enough, we then have money to buy transformers…,” Gwasira noted.

He added ZESA was paying US$90 000 per week to Eskom and paying the same to Mozambique for power imports.

“We have also secured 100 MW from Mozambique and supposed to pay under a similar arrangement. So these inflows (from consumers) will make sure that load shedding will be dealt with and as soon as we have realised enough revenues to import power, we can stabilise the grid and improve generation at our stations.” 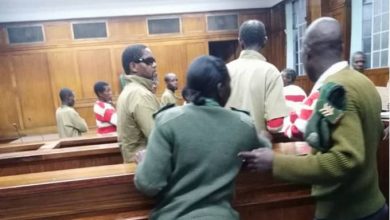