An online pressure group, Team Pachedu has urged citizens to familiarise themselves with electoral processes and understand the voters’ roll as it is an important national document.

They said this during a Twitter space discussion hosted by the Center for Innovation and Technology (CITE), Wednesday, on the voters’ roll.

Speaking during the discussion a member of the organisation said Zimbabwe Electoral Commission (ZEC) should make the voters’ roll accessible to all citizens.

He said citizens are not aware of the electoral processes and their rights as voters.

“For far too long, the voter has been disconnected, in other words, you find that Zimbabweans only become alive when they go and vote, they don’t even know the electoral processes, they don’t even know their rights as a voter, they go in the voting booth, for example, it’s dark, they have a right to request the presiding officer to say this is dark I can’t see, can you open up so the light comes in.”

He said it is the mission of Team Pachedu to educate citizens on the importance of the national voter’s roll.

“If we get to a point whereby each one of us is playing a role in the voters’ roll, you will find that our job as a pressure group, as people that are pushing democracy in Zimbabwe will be much easier because you can look at the voters’ roll in your ward.

“By you alerting the officials or alerting your community elders, you are also playing a part in cleaning the voters’ roll and I think that the mission you should drive is voters’ role is a national document, when ZEC Commissioners come out on TV they give these long press conferences just know that whatever they are doing, if they don’t give you the voters roll, they are not doing their job and this is why we are saying ZEC must answer us and its one of the questions that we are asking ZEC to say where are the voters roll,” he said. 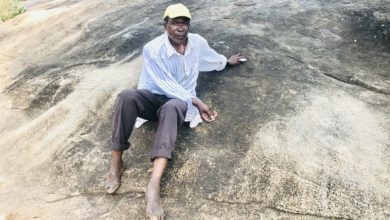