The Zimbabwe Electoral Commission (ZEC) says its polling stations had a threshold of numbers that could appear on the voters’ roll, a development that saw some voters being redirected to other voting stations on the by-elections day.

On Saturday when Zimbabweans went to the polls to elect 28 legislators and over 100 councillors, a number of people were turned away or redirected to other polling stations, as their names did not appear on the voters’ roll, something which frustrated voters causing some to dump the process.

Speaking at a Twitter space on the March 26 by-elections: Lessons for the 2023 Elections organised by CITE in partnership with the Zimbabwe Electoral Support Network (ZESN) Tuesday evening, ZEC Spokesperson, Commissioner Jasper Mangwana, said according to their administrative policies, a polling station cannot exceed 1 000 names on its voters’ roll.

He said a polling station exceeding 1 000 voters is split into two.

“We hear cases (of people who were redirected) and we are yet to conclude on the numbers and know the real reason for that. However, we did not change polling stations in terms of the areas from 2018. But what transpired is maybe one polling station might have three streams. Maybe the school had sub polling stations,” he said.

“The threshold of a polling station, according to our administrative policies, is 1 000. If it exceeds 1 000 it is split into two and we allocate the polling stations different numbers less than 1 000.”

“We also advised polling stations to display their voters roll some two or three days before the by-election to make sure people could inspect and check for their names,” he said, adding the March 26 by-election was different, as the voters’ rolls of the vacant wards had different closing cut off dates.

The ZEC spokesperson said going forward, the commission would, as a solution, send bulky text messages to people participating in by-election informing them which polling station to go to.

Mangwana, however failed to give a definite reason why some names did not appear on the voters’ rolls that was posted outside polling stations even though the online platform showed they were registered.

“That would be unfortunate, we haven’t got that in terms of names of the persons who failed to find their names, maybe if it comes to the commission, we would investigate so that the guys who do voter registration can check. I can’t really say as I am not privy to really what transpired if there’s a case like that, whether their name was not really outside or it was a case of them not having enough time to look for it,” he said.

Besides people failing to find names on the voters’ roll, other challenges that occurred during voting day were that some polling stations set up as tents were leaking as it rained while some stations had no sanitisers, while others had poor lighting which affected voters.

“The weather was not on our side… These are issues that we need to look at as a commission as we head into 2023 but we don’t control the weather,” Mangwana said.

He also claimed despite the weather element, ZEC had “enough adequate material” for all polling stations.

“We do have logistical committees at every ward that work to make sure something is done about electricity, Covid-19 and sanitisers. We would need detail to say this particular polling station had an issue. If it was there, it was an unfortunate incident because we had procured enough sanitisers and some of these requirements for the polling stations,” Mangwana said, conceding that “maybe some of these people who were in the polling station did not really take time to make sure if everything was ok in the tents.”

“If there’s a case that could have happened, we would have been able to replace it, and provide another quicker better solution. However, we can’t say everything went according to 100 percent in terms of logistics even in terms of resource transmission because of the rains, some areas took more time than expected to reach a ward collation centre.”

The commissioner said come 2023, ZEC would be “up to task” but had tried to make sure all the election materials were delivered a day before polling. 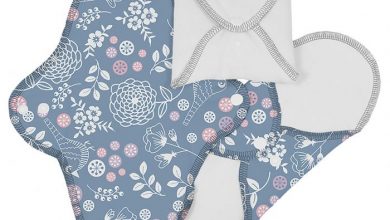