Addressing miners at the Zimbabwe Alternative Mining Indaba held in Bulawayo on Thursday, Mliswa said ZCDC started operating after the government forcefully took over from diamond companies operating in Marange.

The mining indaba is running under the theme, “Accountable and transparent governance of mineral resources-safeguarding development interests of communities in mining sector reforms”.

“Communities are supposed to benefit from mining. We need to get back to these guiding policies. For this to be done we need to engage and dialogue,” said Mliswa.

“The government cannot be a law unto itself. People need to challenge things like these through their respective members of parliament. The problem is people have become so lazy, they do not attend important forums where issues of development are discussed”.

He added that he will encourage members of the public to engage the parliament as much as possible.

“There’s a lot to be done in terms of Public Relations. People fear to engage the parliament but this is the only way their concerns can be effectively addressed,” said Mliswa.

“We will make use of more public relations where we will advertise through radio and televisions to make people aware of consultation meetings so that we can all come up with logical conclusions over important matters”.

Speaking at the same forum, ZDC`s Public Relations Manager Sugar Chagonda said their company has done its best in developing the area.

“We have reconstructed roads, revamped schools and clinics and we are also planning on opening sewing companies as a way of creating employment. This company will be sewing uniforms that we will use as a company. We wish we could do more for the community but our resources are limited,” said Chagonda.

ZCDC was formed following a decision to consolidate all diamond mining companies operating in Marange to form a wholly-owned Government company. 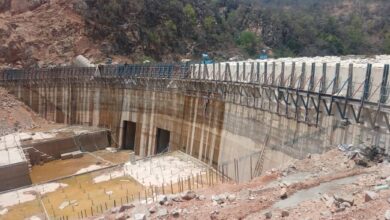