ZAPU has described as political mischief, the strategy by the government through the National Peace and Reconciliation Commission (NPRC) to lump together pre-independence and post-independence conflict, saying it will give some perpetrators an opportunity to evade justice and accountability.

This emerged after a meeting between the opposition party and the National Peace and NPRC in Bulawayo last Friday.

The NPRC has indicated before that in the public hearings yet to be held across the country, there would be no limitation to the type of conflict to be heard by the commission or testified by witnesses.

“We wish to emphasise on the following points as communicated to the commission that it is insincere, insensitive and insulting of the Zimbabwean government, through the NPRC to conduct a research on matters of rights violations which they and the public are well aware of due to different roles each played in committing them and experiencing them,” he said.

Maphosa noted that bundling together, pre and post colonial conflicts with rights violations was a mischievous act to evade accountability for those implicated in the crimes.

Maphosa highlighted the party was also aware that government’s  reference to “conflict’ is actually human and citizens rights violations by the state on its people.

“These crimes include the 1980s genocide on ZAPU initially and Matabeleland in result, successive waves of electoral violence since 1980, economic crimes that led to collapse of the national economy, Murambatsvina, sustained state sponsored abductions, torture and disappearances of citizens and the recent shooting of unarmed protestors post 2018 elections.”

Maphosa indicated that with specific to ZAPU and the Gukurahundi massacres, the party is adamant neither the government nor the NPRC could lead and resolve the crime.

“For starters, the composition of the commission itself is an insult to the victims, for it consists only of known Zanu PF members and by extension, only perpetrators of the genocidal crime. It is more insulting that the Zimbabwean government, after committing a genocide of Gukurahundi proportions, turns around and self appoints as leader in its research and also in its resolution,” said the national spokesperson.

He added that ZAPU demanded the unconditional release and publishing of the Chihambakwe and Dumbutshena inquiry reports that investigated the party and Gukurahundi.

“The release of these will mark the very first step in resolving the genocidal crime and also open an honest dialogue around the matter. The mother party also reminds the government that taxpayers money funded those two commission investigations and as such, the state is obliged to release to the funders the results of the investigations,” Maphosa said.

“ZAPU demands the state cedes to it the process of resolving the genocide since we are the targeted victims. We refuse to watch the perpetrating Zimbabwean government of Zanu PF pacifying the victims with peace-meal resolution initiatives that are only meant to prolong the process and ultimately denying them justice, healing and peace.”

The party, therefore, dismissed the process of the NPRC and in same vein, registered its disapproval of the commission who reported directly to alleged perpetrators of the crimes they supposedly are investigating.

“ZAPU once again draws the attention of the perpetrating Zimbabwean government to its  position regarding the 1980s genocide and demands audience with the perpetrators. We refuse to be bundled together with other so called political parties, most, if not all were never a target, victim or even experienced the crime,” Maphosa said.

“The most unfortunate part of this dubious involvement of the so-called other political parties is they non-existed during the genocide through the forced unity accord until recently when the pact was in its final stages of collapse leading to the eventual pullout by ZAPU in 2009.” 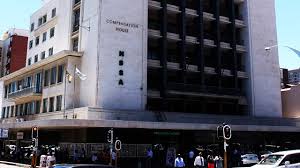