Zimbabwe African People’s Union (ZAPU) President Dr Dumiso Dabengwa says the proposed provincial councils should be reduced from ten to five if they are to achieve their objectives.

“ZAPU believes that provisions for the devolution of power to the provinces must be entrenched so that essential detail should not be left to Acts of Parliament and, once adopted should be amended only by a national referendum,” said Dabengwa.

Dabengwa said the provinces should have greater powers, relative autonomy in raising and spending their revenues to achieve development priorities within their jurisdiction alongside common national plans.

“The provinces should have control over natural resources and environmental issues within their geographical jurisdiction as well as their own provincial revenue raising systems,” he said.

The opposition leader said the election of members of the provincial council should be independent of the government.

The ministries proposed include but are not limited to ministries of Finance, Agriculture, Mining, Manufacturing, Education, Health, Social Security & Welfare, and Employment.

The constitution  dictates that provincial and metropolitan councils are meant to give powers of local governance to the people and enhance their participation in the exercise of the powers of the State and in making decisions affecting them; as well as to promote democratic, effective, transparent, accountable and coherent government in the country. 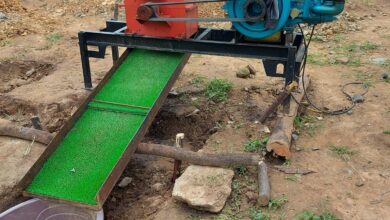