There is a clique within ZAPU, who are pushing for an electoral pact with the Citizens Coalition for Change (CCC), saying their survival as a political party depends on it, CITE has learnt.

Party insiders claim calls for such a coalition have been growing louder since CCC interim party leader, Nelson Chamisa, called on opposition parties to join forces with them at their maiden rally at White City Stadium in Bulawayo on March 5, 2022.

In his words, Chamisa said: “We are saying to ZAPU, Lovemore Moyo come, let’s work together and to all those who are in the other parties to come. This is not about positions, it’s about the change we want for the people in Zimbabwe.”

Sources noted the party’s districts want ZAPU to pass this resolution at its highest decision-making body, the National People’s Council (NPC) but the council has not yet sat after its elective congress.

ZAPU spokesperson, Msongelwa Ndlovu, refuted these claims saying no formal invitation was made by CCC to the party.

However, sources alleged Chamisa sent emissaries to meet ZAPU president, Sibangilizwe Nkomo, for that formal invitation but he has been giving them the runaround.

“After the invitation from Chamisa, ZAPU leadership have been dilly dallying but membership, after the by-elections, has become restless. Districts, such as Matabeleland North are pushing their province to pass a resolution at NPC or at the provincial council, for ZAPU to go into an electoral pact with Chamisa for our survival. We can’t afford to lose another election and hope to be a serious party after 2023,” sources said.

“If the party can get even five seats, even at local authority level, it will be for our survival. At least we will have access to funds. This is what people are saying, ‘let’s go into a coalition with Chamisa.’ People are pushing an agenda that is not being pushed by their leader.”

Sources further alleged that out of frustration, some senior party members were ‘strongly’ thinking of leaving the party.

“Their belief is ZAPU is not making progress so it’s time to change tactic and have this coalition,” sources said.

Party insiders added the party was in financial doldrums, as it had not even paid its polling agents.

“There is a high likelihood that even next year, we can fail to pay our polling agents. Plus we have a candidate crisis, consider this, our council candidate that was fielded at Njube for the by-election was our former MP candidate in the previous elections, so there’s no depth,” sources said.

“What also depressed people is in Matabeleland North where the president was campaigning, the party lost. Therefore, the clear message from people is we need to be relevant and our relevance comes from the coalition.”

“ZAPU’s NPC being the highest decision-making organ of the party between congress cannot be privately engaged with a matter raised for the public gallery,” Ndlovu said.

He, however, said party members are allowed and encouraged to discuss the direction they wish their party to take for its survival and growth.

“Consultations are ongoing and the party will stand guided by what our members want,” said the spokesperson, highlighting that there were consultations on any possible coalitions by their members.

“For now, we’re preoccupied with building the party in preparation for 2023. We’re seized with crafting an irresistible programme of action, which will provide us with the roadmap to 2023 and beyond. The survival of ZAPU depends on this road map, its acceptability by our people and our application thereof. Anything in between will be a bonus.” 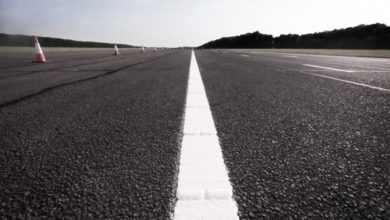