ZAPU has fielded two candidates for the Bulilima district by-elections with the party using these elections to test their popularity ahead of the 2023 elections.

Three vacancies arose in Bulilima Rural District Council (RDC) after the resignation of two Zanu PF councillors, Tonny Mlotshwa and Ntungamili Dube including the death of Delani Mabhena, who also belonged to the ruling party.

Zanu PF controls 21 councillors in Bulilima RDC while the opposition only has one ward.

In Ward 14, ZAPU will be going against the Citizens Coalition for Change (CCC) and Zanu PF, which is the same scenario in Ward 16.

The party did not field a candidate in Ward 1, where CCC is competing against Zanu PF, the People’s Patriotic Party (PPP) and the Constitutional Generation for Change (CGC) party.

“The ZAPU candidate for Ward 14 is Linos Moyo and for Ward 16 we have Hitman Ncube. Their campaign is going according to plan and we are taking this as a warm-up exercise towards next year to see how far we have grown,” said ZAPU Matabeleland South Chairperson, Ndodana Moyo in an interview with CITE.

“Communities are more concerned about the future of jobless youth and the partisan system of government programmes such as food that is distributed to Zanu supporters only. When you look at how Zanu is running the country, the list of failures is endless. As ZAPU, we want to provide grounded and moral leadership that will steer people in the proper way,” said the provincial chairperson.

He claimed that Zanu PF had run out of ideas on how to tackle local issues that needed attention from locals yet ZAPU had several initiatives they wanted to implement.

“It’s high time people vote in the people’s union, a people-driven organisation, which is ZAPU. They must test us and see what solutions we can bring to the table. ZAPU is the only party in a position to address issues affecting people in these wards,” Moyo said.

“For instance, young men and women are disenfranchised from the opportunity of getting land in resettlement areas due to the fact that they work in countries like South Africa. That is nonsensical and unjust. Everyone must benefit from the State so that when they come back home, they have a starting point.”

Moyo noted that grounded leadership should be observed locally to benefit communities and then cascade going up nationally where everyone was served by officials.

“But if leaders at a local level fail to come up with well-thought ideas to improve people, what guarantee do you have that national leaders will do much better at running a total economy? That’s why we are saying that we need responsible leaders in our communities which makes a responsible government. A responsible party is then able to create jobs for its citizens because it wants to see everyone do well. Once ZAPU is ushered in power, citizens irrespective of political allegiance will be treated equally,” said the provincial chairperson.

After the March 26 by-election, ZAPU claimed it is now the third largest opposition in Zimbabwe after garnering more votes than MDC Alliance, which was led by Douglas Mwonzora in constituencies and council wards which the party contested for.

ZAPU said it was pleased with that performance as it was still building its structures under the leadership of Sibangilizwe Nkomo following its congress held last year in October. 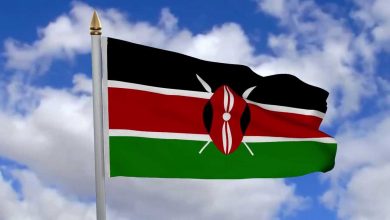