The Dumiso Dabengwa led ZAPU party is reportedly gearing up for a watershed elective congress early next year, amid reports the party has resolved to rebrand and pave way for younger leadership.

This would be the third elective congress since ZAPU pulled out of the Unity Accord with Zanu PF in 2009.

Its inaugural congress was held in 2010 where Dr Dabengwa was elected substantive President having been Interim President since the pullout.

He retained the presidency at the second congress in early 2016 where he declared his intention to step down at the end of the constitutionally mandated second and final term.

The 81-year-old Dabengwa was also in the news early this year after reports said he had gone to seek medical attention in South Africa.

The rebranding comes after the ‘mother’ party has failed to win a single seat in either local or national government in the previous two national elections in 2013 and 2018.

These dismal performances and failure to also attract sponsorship have seen growing calls for leadership renewal and rebranding amongst the younger members of the party.

In an interview with CITE, ZAPU’s Deputy Secretary for International Relations, Future Msebele confirmed the party was going through a process of rebranding and repositioning.

He said taking into consideration current political trends, Congress would address the issue of the party leadership and have a number of relatively young leaders at the helm of the party.

“The upcoming Party Congress will definitely set the tone in that direction. We are in the process of modernising and restructuring the party to meet the current and future challenges. “We want to integrate technology into the process of field organising and mobilising. We are building from the base we have to simply modernising it,” Msebele explained.

Msebele said ZAPU suffered immensely from lack of resources which have limited the party’s progress and growth.

“Party campaigns are funded by our members who are contributing as much as they can. We continue to lobby all well-wishers to contribute to the noble struggle. However the future is bright,” he noted.

It has been alleged in some circles that the growing popularity of secessionist group Mthwakazi Republic Party has also posed a challenge for membership amongst the perceived ZAPU supporter base in Matabeleland.

However, Msebele seemed optimistic that a rejuvenated ZAPU would gain back its support base.

“ZAPU has a great message and has been leading ideologically. We have registered a number of successes. We introduced the Devolution of Power and now it is has been included in the constitution. We introduced Proportional Representation and it has been adopted.

This remains to be seen how the party will implement such a resolution, as some observers have observed that the old guard is trying to keep the values of nationalism against the perceived regionalism of the young members of the party.

In 2015 ZAPU was forced to postpone its congress to 2016 due to lack of funding.

The party has blamed the government for waging economic warfare on its party by refusing to hand back ZIPRA properties seized in the early 1980s by former president Robert Mugabe’s administration. 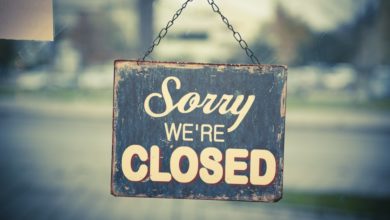