There is a need for a shift from the primitive culture of using violence and repression to target political rivals and adopt a culture of tolerance, political analysts have said.

This comes after Mboneni Ncube (30) a member of the Citizens Coalition for Change (CCC) was murdered while dozens were seriously injured when a mob comprising of Zanu PF members attacked the opposition party’s member at a rally in Kwekwe yesterday.

The police have since confirmed that 16 suspects have been arrested.

Some of them are Zanu PF card-carrying members.

Analysts believe the use of violence is a tool used by Zanu PF to dismember the opposition, and have urged the opposition to realise that winning elections would not be easy until they convinced the securocrats to be on their side.

“Use of violence by Zanu PF is not surprising, it’s always been their culture they behave like a snake when it’s cornered. It’s clear they have been cornered and are losing power. They can see it coming therefore they only know one response and that is violence,” said Fortune Mlalazi, a political analyst.

Mlalazi said Zimbabwe has a long history of impunity perpetrated by Zanu PF when faced by political opposition since the 1980s and warned the opposition to brace itself for what was to come.

Zanu PF and its allies also block access to villages by the opposition, said Mlalazi, noting police had recently banned a CCC rally in Gokwe despite giving prior permission.

After the presidential runoff on June 27, 2008, where thousands of Zimbabweans, particularly supporters of the MDC became victims of beatings, torture and abductions, the Human Rights Watch produced a report saying Zanu PF often worked through proxy forces of war veterans, youth militia, backed by members of the military and police.

Critical Studies Scholar, Khanyile Mlotshwa noted it would take more than outnumbering Zanu PF in the polls to bring change in Zimbabwe, stressing that the military element of the ruling party has to be counselled and convinced to play a national and not a partisan role.

“It is my hope that this violence, as bad as it is, offers lessons to the opposition party, its allied CSOs, the so-called democracy activists and foreign bodies in a position to influence politics in the opposition movement,” he said.

“There is also a question of making sure the Zimbabwe Electoral Commission does the right thing. This violence, though regrettable, is a bitter lesson. Condolence to the family that has lost a member. It is my hope that in the long durée of history, the merchants and supporters of violence will account. Even to God, the last and tough judge.”

Former ZAPU spokesperson, Iphithule Maphosa, said it was regrettable that Zimbabwe, purported to be a multi-party democracy, still experienced political violence in 2022.

“We need a paradigm shift from this primitivity in our politics and be objective as a people. We have to be aware of and only push political issues as they affect us as ordinary citizens and depart from partisanship and the prevailing cultism,” he said.

“Zimbabwe is suffering from policy bankruptcy, corruption, tribalism, as well as sheer absence of capable leadership and we need to be brave as a people to tackle these issues, unlike this backwardness where unemployed youths kill for an individual and a certain party while those being killed die for an individual and a particular party.”

Maphosa said in the absence of a collective vision and intent, “Zimbabweans would always find themselves entangled in violence yet violence is despicable, whatever form it takes.”

A social commentator, Emmanuel Sibanda concurred that Zanu PF resorted to violence as it has no other strategy to use in wooing voters into their stable.

“Remember Zanu PF has no clue on how to end the economic crisis delving the country except to use violence in a bid to scare the electorate from voting. The party has always either given out handouts using government money or beaten the opposition supporters into hiding,” he said.

Sibanda remarked these by-elections were a make or break for President Emmerson Mnangagwa, if a parliamentary seat in his hometown went to the opposition.

“It will be an ultimate vote of no confidence in his leadership of Zanu and the government. Kwekwe is his hometown and he has to coerce the electorate by all means possible,” he said.

ZPRA Veterans Association, which is running a peace programme targeting war veterans to refrain from violence, said Zanu PF had to get rid its superiority mentality.

“To attract voters, you explain to them your policy. If people like what you are saying, they will vote for you. This violence is not what we fought for and we condemn it,” said the chairman, Ben Ncube.

 Teen charged with murder after stabbing death in Nyamandlovu 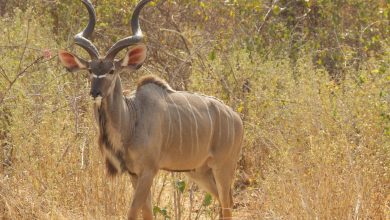