ZANU-PF candidate for Bulawayo’s Ward 18 in next month’s by-elections, Enock Madzimure, has promised to embark on a number of projects aimed at improving the lives of residents in the area, once elected into office.

Ward 18 which covers Magwegwe became vacant in 2020 following the recall of Concillia Mlalazi by the MDC-T, accusing her of defecting to the rival MDC Alliance.

Speaking to CITE in Old Magwegwe Thursday, Madzimure said he would spearhead the development of the area once elected a councillor.

“If given a chance to get into office as a councillor for Magwegwe in Ward 18, there are certain things that I would want to do,” he told CITE.

“I will speak on community development first. A community without its own project running has got a problem. It will be always seeking help from other stakeholders outside resulting in developing the syndrome. However, I am looking forward to that at least with the support of other community members and stakeholders within the community and outside, we are supposed to have our own income-generating project. That project would assist orphans, the elderly and the vulnerable; I am talking of the disabled ones.”

Turning to roads and refuse collection Madzimure said: “From the research that I have made, I have found out that all councils were given road-repairing machines and I would like to find out what happened to our (Bulawayo’s) own. I would also like to get into what happens when garbage is collected from the community. I am now seeing personal vehicles being used to do that. The question is: where are the City Council vehicles? Why can’t they be used to collect that garbage?”

Once voted into the council, Madzimure said he would also fight for the return of beer gardens to the community.

“There are beer gardens; they have been individualised,” he decried. “For example, there is a beer garden in New Magwegwe which is operated by an individual yet we know that beer gardens are supposed to generate an income to build the community. “He added: “Moving on to youth development and women empowerment, we should have the Magwegwe that we want, the Magwegwe that has a culture wanted by the people of Magwegwe. What is it that we expect from our young people, because as it is right now they are all over trenches? They smoke dagga; there is drug abuse; there is a lot that is happening that is corruptive.” 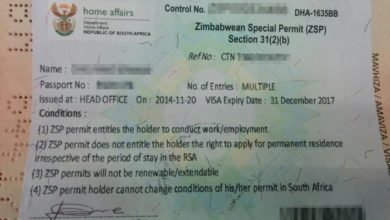