The World Vision in collaboration with Lupane villagers has started rebuilding Komba primary school which was destroyed by heavy storms and claimed the life of a Grade One pupil in November last year.

The child was reportedly struck by a sharp object as he and his mother Portia Mafu, a teacher at the school sought refuge in one of the school toilets after their house was destroyed by the strong winds.

He died on the spot while Mafu together with her other elderly child sustained body and facial injuries.

“The World Vision has intervened and they are working tirelessly with Komba villagers to roof the school,” said Mpofu.

“The school has three classroom blocks and two teachers’ cottages and they were blown away by the storm that led to the death of a child, but are grateful for the effort these people have put.”

Komba has been using tents donated by the World Vision as makeshift classrooms.

The organisation has also been offering free meals to the school while monitoring any potential disease outbreaks.

Mpofu said other destroyed schools in the province were also under reconstruction.

“Most of our schools were affected, but relevant authorities are working on reconstructing them. Tshabanda High School had insurance policy so the damages have been solved.”

The boarding school had its dining room roof blown away, two classroom blocks and four cottages. 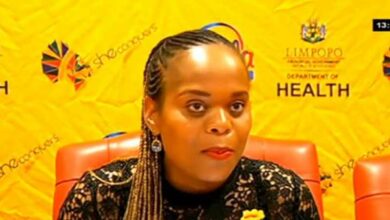