The World Health Organisation (WHO) has urged countries across the globe to embark on massive vaccinations against Covid-19 in three months’ time to save populations that are at high risk.

This comes at a time when rich countries such as the United Kingdom, China, India and others have started vaccinating their citizens against the pandemic which has claimed over two million lives world-wide.

Zimbabwe is reportedly in talks with China over vaccines so that country could also implement the programme.

Briefing the media last Friday, WHO director-general, Dr Tedros Adhanom Ghebreyesus, said their emergency committee meeting emphasized the need for governments to do all they can to curb infections through tried and tested public health measures.

“I was pleased that the emergency committee put a major emphasis on rolling out Covid-19 vaccines equitably,” said Ghebreyesus.

He said their meeting discussed variants and vaccines as well as the current epidemiological situation.

“Some countries in Europe, Africa and the Americas are seeing spikes in cases with multiple factors driving transmission risk,” bemoaned Ghebreyesus.

“This is because we are collectively not succeeding at breaking the chains of transmission at the community level or within households. We need to close the gap between intent and implementation at the country and individual level because at present there’s immense pressure on hospitals and health workers.”

He further said: “With almost two million deaths, and new variants appearing in multiple countries, the emergency committee emphasized the need for governments to do all they can to curb infections through tried and tested public health measures. The more the virus is suppressed, the less opportunity it has to mutate.”

He said it was high time health workers were protected from coronavirus.

“Health workers are exhausted, health systems are stretched and we’re seeing supplies of oxygen run dangerously low in some countries,” he said.

“Now is the time we must pull together as a common humanity and roll out vaccines to health workers and those at highest risk. This is key to saving lives, protecting health systems and driving a fair recovery.”

‘Mnangagwa must openly apologise for Gukurahundi’ 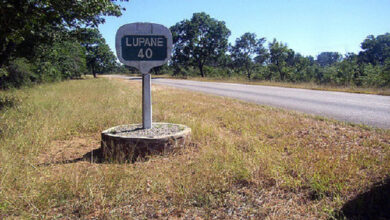