The United States says the sanctions imposed on Zimbabwe are not meant to punish ordinary citizens but to punish corrupt officials.

Last week, the US renewed sanctions on targeted Zimbabwe officials for another year as has been the case since March 2003.

Current US President Joe Biden, in a note to congress, said President Emmerson Mnangagwa has failed to make “the necessary political and economic reforms that would warrant terminating the existing targeted sanctions programme.”

Speaking on a podcast on Zimbabwe’s Sanctions programme, US Department of State Director for Economic Sanctions Policy and Implementation, Jim Mullinax, said sanctions were not a punishment but were applied ‘extremely’ carefully, after gathering specific verifiable evidence that individuals engaged in sanctionable activity.

“We do not sanction people to punish them for bad acts they may have done. In addition, sanctions are meant to be temporary. We use sanctions to disrupt the sanctioned individual’s ability to access resources that further their bad actions,” he stated.

Biden noted the absence of progress on the most fundamental reforms needed to provide the rule of law, democratic governance, and the protection of human rights left Zimbabweans vulnerable to ongoing repression and presents a continuing threat to peace and security in the region.

“Sanctions are intended to impose a cost on their behaviour by preventing sanctioned individuals and entities from using the US financial system, we cut off their access to resources they use to fund their nefarious activities,” he said, adding the American sanctions programme prevents officials from using the US as a safe haven for their ill-gotten gains.

The US official who has spent his career promoting American trade and economic relationships said his team works in embassies, US department of the Treasury to implement US sanctions.

“When US sanctions an individual or an entity such as a company it prohibits US individuals and companies from transacting with the sanctioned individual and entity. This means the US financial system cannot provide services to that sanctioned entity and US individuals or entities cannot do business with them.” 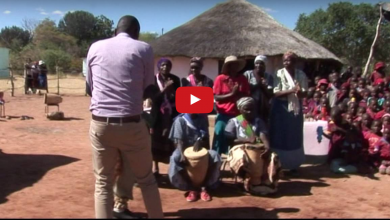