THE owners of Kershelmar farms in Nyamandlovu, Matabeleland North province risk losing over ZWL60 million (US$705 882) in potential revenue if government grabs the farm from them.

Siphosami Malunga, who is the son of late nationalist Sydney Malunga and Open Society Initiative for Southern Africa (OSISA) director, co-owns Kershelmar Farms with businessman Charles Moyo and Zephania Dlamini, a scientist working at the National University of Science and Technology (NUST).

In a state gazette, Lands minister Anxious Masuka said the farm known as Esidakeni measuring 553 hectares and situated in Nyamandlovu, Matabeleland North province is being compulsory acquired under section 72(2) of the country’s constitution, attracting widespread condemnation.

However, Malunga, Moyo and Dlamini in a letter to Masuka dated June 14 contesting the farm seizure reveal that they stand to lose over ZWL160 million in potential revenue from their horticultural plants.

Mazithulela is a former NUST pro-vice-chancellor (innovation and business development).

“We risk suffering irreparable loss from all this. We have invested over US$100 000 this year alone and have crops at different stages of maturity including 8 hectares of butternut and 6 hectares of tomatoes (150 000 plants) currently being planted,” the letter adds.

Matabeleland North Provincial Affairs minister has remained adamant that Malunga and his business associates did not own the farm, and recently told the media that the property should have been grabbed by the government long ago.

In its 18 December 2020 notice to acquire the farm, government admits it is owned by Kershelmar which, in turn, is controlled by Malunga, Dhlamini and Moyo.

This is contrary to the authorities claim that the three investors bought Keshelmar without the farm, when in fact the property is even officially referred in the government gazette to as Kershelmar Farms (Private) Limited. 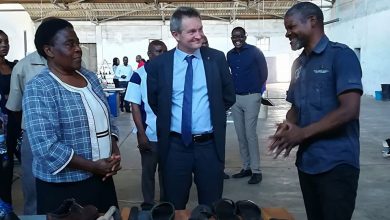