A Warrant of arrest has been issued for Movement for Democratic Change (MDC) chairperson, Thabitha Khumalo, after she failed to show up in court, Tuesday.

Khumalo’s lawyer, Godfrey Nyoni, from Zimbabwe Lawyers for Human Rights (ZLHR) said her client travelled to South Africa on business and failed to return home in time for her court appearance.

He said Khumalo had notified the court of her trip in her previous appearance and had expected to be back on time but due to circumstances not specified in court she failed to travel back in time.

The seven are currently out of custody on a $200 bail each, facing a charge of publishing or communicating false statements prejudicial to the State.

Bulawayo provincial magistrate Tinashe Tashaya issued an administrative warrant of arrest for Khumalo and advised her lawyer to bring her to court as soon as she comes back.

“The accused person, through her defence council had advised the court that she will be traveling on business to South Africa but had said would be back to meet the court date,” said magistrate Tashaya.

“To that effect, an administrative warrant of arrest is hereby issued for the accused person. Her lawyer is advised to bring her to court as soon as she comes back,” he said.

Meanwhile, Nyoni has made an application for exception for the MDC members, citing that the charge they are facing is not clearly stated by the State.

“Your Worship my clients are alleged to have spread falsehoods likely to cause public disorder. However, the State does not bring out clearly how this offence was committed. I hereby seek to make an application for exception,” said the lawyer.

Magistrate Tashaya postponed the matter to October 4 , when he will deliver his ruling on the application.

He said the flier which was addressed to all Zimbabweans, asserted that 2018 harmonised elections were stolen while they knew that such information was false.

MDC national spokesperson, Daniel Molokele, Monday, said the party reiterates its call for all the charges to be withdrawn immediately since the case has no legal basis.

“It actually is a classic case of blatant abuse of State resources for the political benefit of the regime,” said Molokele. 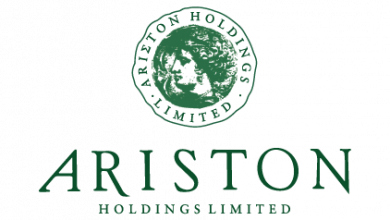