This follows the failure of residents to take up the 50 percent discount promotion offered by the local authority.

Dube said the defaults by residents have strained their operations which include purchasing water purification chemicals due to a low monthly income of ZWL$47 million against an expenditure of ZWL$90 million of approved expenditure per month.

“We offered the residents and commercial operators a deal of 50 percent discount and still, they are not coming through to pay, “Dube said.

“We started off by disconnecting ( in February) those who had higher debts, but we have observed that they still don’t want to come and pay, and even those whose bills had lapsed over three months are still not coming so intensifying disconnections is the only option that we are left with.”

Dube said while mindful of the effects of Covid-19 and high unemployment rate, residents should ensure that they pay their bills in order for the local authority to continue providing smooth service delivery.

Over the months, the council has been struggling to collect refuse and provide adequate water citing failure by residents to timeously pay their bills.

According to council records, the authority is collecting an average of about ZWL$47 182 044.42 per month. 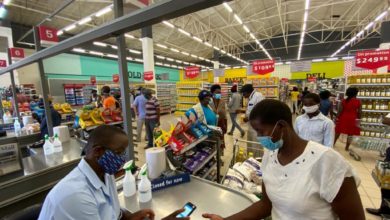