Victoria Falls Combined Residents Association (VIFACORA) has given Pick n Pay supermarket an ultimatum to terminate the contracts of all the newly employed workers and reinstate the fired local employees in what the association claimed was a tribal purging.

VIFACORA has been at loggerheads with the company since the beginning of the year following the mass purging of locals who were employed at the supermarket and were replaced by imported labour.

The association`s chairperson Morgan Dube said if the residents’ demands were not met, there were going to be massive protests in the coming weeks.

“There is a woman who was pregnant and she went for a checkup as she was not feeling well and the doctor gave her some off days.

“She went to report to her supervisor and the manager fired her arguing that the company policy did not acknowledge a doctor’s report,” he said.

“More than ten workers have been relieved from their duties and have been replaced by new faces and this is something as elders we will not stop fighting for.

“Our children were born and raised here but they have no jobs, we have therefore signed an agreement with Pick n Pay to go and look at the reinstatement of those workers who were fired for no legitimate reasons.

“Those who came from other branches as they said must be taken back to their towns together with the branch manager who has caused some serious unrest and hatred amongst workers and the residents.”

The two parties also agreed to meet once every month for updates.

Dube said they the local councillors were also complicit as they allegedly submitted their own list of prospective employees to the supermarket at the expense of locals.

“This was a shocker and it pulls us back as a community. We were told this yesterday when the arguments were heating that some councillors forced them to scrap the names that are kept in our offices. “One of the councillors submitted eight names and six of them were approved. These are said to be locals but related to the same councillor,” he said.

“We cannot name them for now, but we are in the process of investigating and engaging them because this is the same fight we were in when Masimba construction came here to build this mall.

“We submitted names and the company told us that those were ghosts’ names and they employed those who were brought in by councillors and they are not known in town.”

Victoria Falls police senior officials have been attending the tense meetings to maintain peace and order.

About 200 jobless residents besieged the store on Wednesday and were all turned away after Pick n Pay announced that they had brought in their employees from other branches.

The supermarket is the first to open at the newly constructed $15 million Sawanga project mall. 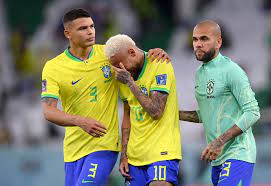 Gutu Gukurahundi remarks confirm the NPRC is a waste of resources: Analysts