The Victoria Falls City Council is reportedly operating with a deficit of more than $15 million in its 2022 budget owing to the continued rise in prices and exchange rates among other challenges.

The local authority came up with a more than $3 billion budget for 2022 which the government approved in February.

Ndlovu told residents at a first-quarter stakeholders meeting that when the council crafted its budget last year, it anticipated that inflation would go down from around 60 percent in October last year to around 30 percent and that prevalence of Covid-19 would go down because of vaccination.

The government rolled out a national vaccination programme in Victoria Falls and the city was the first to reach herd immunity in the country.

“We are affected by monthly fuel prices rise, exchange rates, inflation, electricity charges, and effects of the Russia-Ukraine war which restricted travel. We have decided to come to you as stakeholders to map a way forward on what we can do for the rest of the year,” said Ndlovu.

Revenue collections have been low since the start of the year as ratepayers struggle to pay.

The council is owed more than $476 million in unpaid water bills and other rates.

Between January and March, the local authority had budgeted to collect more than $174 million but had collected just over $71 million in water bills.

About $56 million had been collected in the first three months of the year against a targeted budget of $209 million in rates and general fees.

In March, council expenditure had amounted to $443 346 001.65 for employee, administration, repair and maintenance and capex costs against a budgeted target expenditure of $185 394 304 for the first quarter.

By April the council had a deficit of more than $15 million, Ndlovu said.

He said as a result, the council was leasing some of its properties to private players to be able to keep them operational.

The local authority leased out some public bars to private players as it could no longer operate them profitably.

“Inflation is too high, as a council we are price taker and prices are going up. This is affecting our performance as a local authority and that is why council is leasing out some properties,” he said.

Stakeholders expressed concern about council expenditure which they said was too high.

They said there was need for council to look for alternative ways to raise revenue than to rely of rates collections and billing residents.

“People are out of jobs because of the effects of Covid-19 so let’s find alternative ways of raising revenue. This however does not mean that ratepayers should stop paying, people should pay so that the council can render services efficiently,” said Kelvin Moyo, the Victoria Falls Combined Residents Association chair.

The government recently allocated US$4 million to Victoria Falls City Council for the local authority to improve the water system through the Water, Sanitation and Hygiene (Wash) project.

Victoria Falls, which became a city in 2019, faces perennial water challenges as a result of ageing pumping equipment and a lack of water storage facilities. 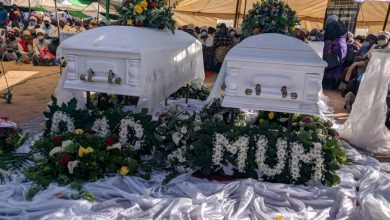