The United States (US) and United Kingdom (UK) knew of the atrocities committed by the Fifth Brigade in the 1980s in Matabeleland and Midlands provinces in Zimbabwe but chose to distance themselves as they wanted the late former president, Robert Mugabe, who was prime minister then, to advance their interests and support them in their Cold War plans, a historian has said.

Between 1946 and 1991 the United States, the Soviet Union, and their allies were locked in a long, tense conflict known as the Cold War. Though the parties were technically at peace, the period was characterized by an aggressive arms race, proxy wars, and ideological bids for world dominance.

This argument was presented at a lecture on Gukurahundi and the Cold War by history lecturer from Kent University based in the US, Professor Timothy Scarnecchia, during the ongoing annual Healing and Reconciliation Film Festival, hosted by the Centre of Innovation and Technology (CITE) running under the theme: Power of Memory.

Prof Scarnecchia, also the author of the book titled Race and Diplomacy in Zimbabwe: The Cold War and Decolonisation 1980 – 1984, narrated how Britain and America were complicit in the genocide by distancing themselves based on a stereotypical argument that Africans were violent.

“The US and UK had worked so hard get a leader they wanted to take over in Zimbabwe after the 1980s but from 1982 or 1983, they then distance themselves from taking responsibility from what happened with Gukurahundi in terms of race while much of the 1970s discussion was protecting white interest in Rhodesia after decolonisation,” said the historian.

Prof Scarnecchia claimed Britain and America believed criticising Mugabe too much would not help their relations with him in terms of the Cold War.

He also cites how former UK Prime Minister, Margaret Thatcher, and other officials knew about the violence against citizens.

Prof Scarnecchia argues the ZNA was already unleashing violence against civilians in 1982 before the Fifth Brigade was deployed.

Prof Scarnecchia said UK’s logic, as Minister of Defense John Nott wrote, was to keep away from the “nastier side of African behaviour and what Mugabe was doing was something of normal behaviour of African states after decolonisation.”

The historian cited how then UK High Commissioner, Robin Byatt, a key figure in the setting up BMATT operations in Zimbabwe, received intelligence on the Fifth Brigade in January and February 1983.

“This is something Thatcher read and underlined from a telegram from February 17, 1983, where Byatt said it was hard to get an account of the extent of the Fifth Brigade brutality and then his general, Major General Shortis, head of BMATT, gave an impression the situation was under control, downplaying the violence,” he said.

In that telegram, Byatt said the level of atrocities were much higher than understood and there was clearly first-hand observation and evidence of the brutality of civilians in communal areas both by this doctor and religious leaders by February 18, 1983, said Prof Scarnnechia.

The historian noted the British wanted to continue BMATT’s training and the fact that the Fifth Brigade was trained by North Koreans worked to their advantage as they blamed them for ill discipline.

“After February, March 1983, many Fifth Brigade officers went through retraining with BMATT including (Perrance) Shiri. The British spent a lot of time trying to distance themselves from the Fifth Brigade but in fact, there were crossovers so the violence in 1984, 1985 was seen as something the British were involved in,” he alleged.

Prof Scarnecchia said at the same time around February 19, 1983, in Washington, there was a meeting between the Minister of State for Foreign and Commonwealth  Affairs to Zimbabwe, Cranely Onslow and Under Secretary of State for Africa, Chester Crocker.

“They talked about how to deal with news coming out of Matabeleland and Midlands, how Rex Nhongo (Solomon Mujuru) planned at the time to get rid of ex ZPRA altogether from the ZNA which the British talked them out of doing. Crocker was worried that clearly these atrocities were happening and were well-founded,” he said.

“Crocker emphasised this was done by North Korean trained units not British but was worried about it having an effect on Congress and US opinion. He thought this might jeopardize his larger Cold War plans for Southern Africa. More generally, he was primarily interested in getting Cubans to leave Angola and to change dynamics with South Africa as well. Crocker hoped that Mugabe and Zimbabwe would cooperate with him on those  plans.”

Prof Scarnnechia noted Britain and America “decided not to make public statements on what was happening but make internal requests for changing the policy.”

This was ironic, said Prof Scarnecchia, who indicated that in 1982 both the US and UK considered cutting off foreign and military aid to Zimbabwe for the mistreatment of white air force men who had been tortured and detained but no such intentions were made against Gukurahundi.

“Mugabe had reacted very angrily to putting pressure on him by threatening to cut off aid over these white soldiers. In this case, there was no direct idea of suggesting they would cut off aid based on the evidence of what the Fifth Brigade was doing. The British would sell Hunter jets to the Zimbabwean government through all this,” he said.

“This is a distancing and racialised distancing of diplomacy that when hundreds and thousands of Ndebele civilians were killed, there was no enough cause for alarm to censure or to reduce aid in Zimbabwe.

The historian referred to a point made by author Stuart Doran, who claimed the diplomatic corps in Harare – Australians, Canadians, Germans and others, settled on an idea that they would try and influence the course of action but would not threaten it.

“They thought it would reach an acceptable level of violence against civilians which is a sort of a cruel idea of the Cold War and of diplomacy,” he said. 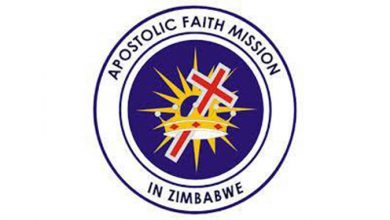 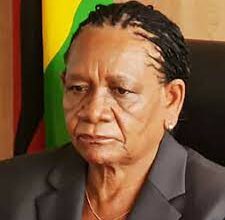 Minister admits failure to rein in schools, ropes in ZACC