An uproar over the privatisation of campsites in the Zambezi National Park has erupted amid allegations that the Zimbabwe Parks and Wildlife Management Authority (Zimparks) recently allocated eight campsites to private companies in Victoria Falls.

Siansimba campsite, located on the banks of the Zambezi River is understood to be among the sites that have been allocated by Zimparks to private companies.

Conservationists say should development go ahead at Siansimba site, the country will have only one public campsite left in the Zambezi National Park, just upstream from the world-renowned Victoria Falls waterfall.

A community campaign named Save Siansimba is lobbying for the reversal of the privatisation process.

The campaign spokesperson Chenai Dodzo said the fight for Siansimba said the move was of concern to them.

“If Siansimba can go, what’s next?” she quizzed.

“Public campsites in Hwange, Nyanga, Mana Pools? Where does it stop? Zimbabweans should be very concerned.”

The conservationists believe that access to national parks is part of the heritage of all Zimbabweans, and it is time to speak up “before it’s too late.”

In nearby Chamabondo National Park in the resort town, Dodzo said some of the public campsites are understood to have been allocated to private companies.

Dodzo said a local Victoria Falls lawyer Paul Connolly is currently preparing to go to court to fight one of the alleged beneficiaries identified as Dustin Harley from Tusker Investments over the allocation, claiming it impinges on the rights of Zimbabweans to have access to their natural resources.

Meanwhile, Save Siansimba campaign has launched a petition to individuals interested in adding their voice to the fight for public campsites.

Contacted for a comment, Zimparks spokesperson Tinashe Farawo, however,  rubbished the campaign to stop the issuing of trading licences saying the move was done to preserve the wildlife.

“If we don’t do that, where will we get resources to look after our wildlife?” Farawo quizzed.

Farawo said he could not give further details regarding the tendering processes as he required to first get clarification from his superiors. 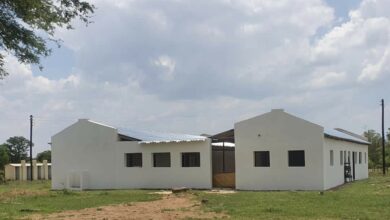 Unpaid care work: A developmental setback for women in Binga