Tsholotsho villagers have started a crowdfunding initiative to raise funds to construct a primary school in Denge as their children walk long distances to the nearest school.

The villagers including some who are based abroad have formed Amadenge Amahle Stokvel and have so far raised R30 000.

However, due to the magnitude of the project, they have appealed to wellwishers to assist them.

Learners in the area are reportedly forced to walk 12 to 14km to and from the nearest school, and some have to cross Manzamnyama river.

Speaking to CITE, the Secretary-General of the project Thembelani Moyo who is based in South Africa said the long-distance has a negative effect on their children’s attitude towards school and education in general.

“Imagine a five-year-old arriving tired and hungry after a long walk to school, at the end of the day it’s like school represents suffering to our kids which is the total opposite of the whole idea. As a result, most kids are not really interested in school and end up dropping out due to frustrations and challenges they face trying to attain education,” said Moyo.

He said most girls end up falling pregnant at a very young age and dropping out of school.

“As villagers, we are greatly concerned about the impact of this on our community’s future hence, we have taken it upon ourselves to start a project to build a primary school called Denge Community Primary School in which we donate whatever we can to try to get it going, but the thing is we are a poor community thus why we are asking for help in this situation,” said Moyo.

He added that the school will be located in a central area so that all learners benefit.

“Whoever and wherever you might be, we are kindly asking for your help to change this situation by donating. It doesn’t matter the little you can donate; we appreciate every effort that you make because it goes a long way in changing the future of our community,” said Moyo.

Moyo added that they are currently waiting for the surveyors to survey the area so as to quickly start the project.

“We received a letter from the Councillor telling us that there are people who are coming to peg and survey the land this month and as a community, we are ready to work.”

Bulilima villagers to be trained on beekeeping 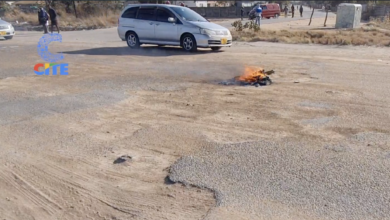