The Tsorotso San Development Trust is appealing for about US$12 000 to fund various activities aimed at revitalising the Tjwao language spoken by the San community in Zimbabwe.

Tsholotsho is home to three ethnic groups namely Ndebele, Kalanga and the San.

Tsorotso San Development Trust director, Davy Ndlovu, said there were appealing for financial support in the promotion of Tjwao.

“We started revitalizing the Tjwao language in 2013,” said Ndlovu. “We been going to government offices like Ministry of Education; we have even translated the Constitution; we have been trying to tell people that even if we translate the language is on the verge of death. So who are we making the translations for because the community can’t even read the Tjwao.”

He added: “Right now there is a pandemic (COVID-19) and government will be  expecting us to translate the information. Someone else will want us to translate some information but that information is not even benefitting the community, that is why we thought to come up with this campaign so that for once we can try to save this language.”

Ndlovu said when the language becomes functional and understood by the children and the community translations can then begin.

“We want the language to be included in schools starting from ECD because it’s easier to teach children a language as opposed to adults,” said Ndlovu.

“Right now there is literature that we are producing, one of that is English-Tjwao dictionary that we want  to produce. It stopped middle way and right now we do not even have money to consult the elders because when we write these we consults the elders who have the knowledge of the language, but now we don’t have resources to complete that.”

Ndlovu said: “There are some small books that we are doing that we want to write and Tjwao story books. We also realized that for this language to function well, we have to have a committee  among the community responsible for this language who will be linking us to the elders who know the language.

We had  already began the formation of the committee and we were meant to have these workshops but we cant do that because we do not have resources.”

“We also want to publish  our material so that we can approach government with practical evidence that Tjwao can now be introduced  because always when we approach the Ministry of education they ask us about the material, and right now our material has not been combined 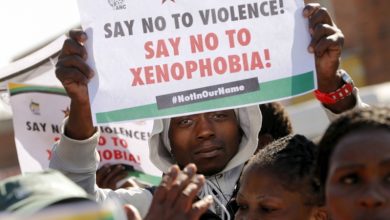