The trial of a case of fraud in which musician Sandra Ndebele was allegedly defrauded of ZWL$100 000 in a foreign currency exchange deal gone wrong, has been set to commence on February 4, 2020.

Gwemende, who is out of custody on bail and is represented by Coaster Dube, pleaded not guilty to the fraud charges she is facing.

Bulawayo magistrate, Shepherd Mnjanja, postponed the matter to February 4 after Dube (Gwemende’s lawyer) told the court he had not been served with State papers.

Prosecuting, Leonard Chile, narrated to the court that on October 12, 2018, Gwemende allegedly defrauded Ndebele after misrepresenting that she could source foreign currency for the musician.

“Gwemende and her accomplices, Amanda Onwuchukwu and Lindiwe Ndlovu who are still on the run, hatched a plan to defraud Ndebele.

“After receiving the money, Gwemende and Onwuchuku reportedly failed to avail the foreign currency.

Instead, they allegedly roped in Ndlovu who proceeded to Collen Bawn Police Station where she filed a false police report indicating that she lost $80, 100 and US$8, 230 through theft.”

Chile said investigations into the alleged theft established that Ndlovu had filed a false theft report to cover up the fraud.

“Ndlovu was then charged and convicted of making a false report to the police.

Ndebele suffered an actual prejudice of  ZW$100 000 and nothing was recovered,” he said. 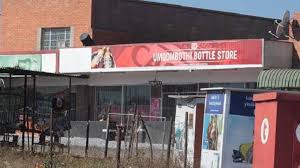