Tongaat Hulett has been urged to invest in strong social corporate responsibility practices following revelations that most communities sharing boundaries with the rich sugar estate particularly in Chiredzi West constituency were wallowing in abject poverty.

One of the most affected communities is Chiredzi’s Ward 28 a new settlement area which is coincidentally home to several employees of Tongaat Hulett.

Despite the massive volumes of water which is lost through drainage from the rich sugar estate into Runde River en route to the Indian Ocean, the surrounding communities which are endowed with rich arable land have no reliable source of water to support all year agricultural production.

The only school in the resettlement areas, Batanai Primary Scool which has an enrolment of about 700 pupils still has pole and dagga classrooms with the majority of the pupils still subjected to hot seating.

Three new classroom blocks have been built in the last three years owing to the benevolence of the legislator for Chiredzi West Farai Musikavanhu.

The classrooms are yet to be furnished and the examination classes continue to be forced to write their tests at neighbouring schools.

The little development obtaining in the ward were coming largely from individual support of Musikavanhu and other developmental partners such as the Norwegian Aid which was supporting the establishment of nutrition gardens.

Musikavhanu has been able to install solar-powered boreholes as well as the establishment of water storage facilities at newly constructed gardens.

He also has been donating mini-bakery ovens made of steel to various women groups in the constituency.

The initiative claims to be committed to touching the lives not only of its customers and their consumers but of also its employees, their families and communities at large.

“As a responsible corporate citizen, we believe in building and enhancing the quality of life of the communities in which we operate with particular emphasis on historically disadvantaged communities,” reads Tongaat Hulett Starch official website.

The company also promotes self-sustaining mini bakeries bread and other baked goods to the communities they operate in including crèches. For instance, the mini bakery at New Beginnings provides bread to over 520 people who live at the facility. In addition, New Beginnings donates a surplus of the bread to the vulnerable groups. The mini bakeries have offered employment, skills development, hunger relief and poverty alleviation to the chosen communities.

“To ensure the sustainability and success of the mini bakeries, training was provided to the appointed staff on installation and bakery managers are required to submit weekly production reports to Siyabonga Africa, the organization that provided the equipment and ongoing training for the project,” further explains Tongaat Hulet Starch.

It also promotes crime prevention initiatives through monthly donations with the aim to help reduce and prevent crime in selected areas.

The Tongaat Hulett Starch also believes that the best way to invest in the future of South Africa is by contributing to the education and empowerment of our youth.  In that regard, Tongaat Hulett Starch has an annual budget of R500 000 allocated to Buhle Farmer’s Academy, a Section 21 company and a registered Educational Trust which provides skills, training and support to emerging commercial farmers at a residential college in Delmas.

Musikavanhu made a clarion call to the listed company urging it to replicate the Tongaat Hulett Starch initiative in Zimbabwe.

“We are saying in the New Dispensation this disparity is not sustainable. We want them to continue operating because they are a key sector in our economy. However, on my left is the resettlement community. 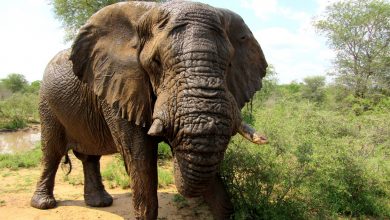 Killer elephant on the loose