There was no way MDC-T acting president, Thokozani Khupe, could have won the party’ presidency at the Sunday congress, notwithstanding the violence that marred it, political analysts told CITE this week.

MDC-T held a chaotic extra-ordinary congress on December 27 to replace its founding president, Morgan Tsvangirai, who died in February 2018.

The congress was ordered by the Supreme Court in its March 31 ruling which nullified Nelson Chamisa’s takeover from Tsvangirai and reinstated Khupe as the legitimate acting leader pending congress.

Khupe, who according to released results lost to Secretary-general Douglas Mwonzora, has since suspended the latter accusing him of electoral fraud.

However, political commentators have argued that despite the violence that characterised the congress still there was no way the former deputy prime minister could have won.

“Not only her but all the candidates who were vying for the top job. The 45 000 votes she got from the last presidential election should have been an eye opener.”

Tshuma said the outcome of the congress serves as a lesson that voices of the masses should always be respected.

“That which the masses have said can never be reversed by anyone including the political activists masquerading as respectable Supreme Court Judges,” he argued.

“The congress or whatever it was, was one huge sham. For starters there was no quorum. The candidates and the inquorate delegates were just vindictive people whose major harnessing point was their hatred for Chamisa. As such major issues like those raised by Abednico Bhebhe were all ignored in pursuit of a narrow vindictive agenda. Now that has all turned out into one huge shambolic event that has become an example of how not to do things.”

He added that the major problems bedevilling the MDC T were driven by injustice perpetrated by various judges at the courts.

“The problems can disappear if judicial officers dispense justice and not political orders given to them by ZANU-PF politicians,” he posited.

“Our courts have shamelessly taken sides in this matter and that is the major problem besetting the MDC family. All jurisprudence principles and precedents have been thrown into the dustbin as politicians use judicial officers to fight Chamisa. That is wrong and all attempts to solve the MDC chaos must begin with having justice in court rooms.”

Another political analyst, Methuseli Moyo, who described the congress as chaotic also said there was no way Khupe could have romped to victory.

“She is a woman and she comes from the minority Ndebele ethnic group, and she does not seem to have it in herself to lead a major party like MDC T. Issues of gender and ethnicity are unfortunately an issue in our politics.”

He said there was no doubt the congress was also marred by chaos.

“When you have the incumbent walking out in process, and then physically abused in the glare of cameras, then you have real chaos,” he said.

Asked if problems bedevilling the party could be solved any time soon, Moyo said: “If the losers decide to accept the outcome and the winner is magnanimous like he sounded, and they embrace, yes. But if they continue to antagonise, then that’s the end of that party.”

Khanyile Mlotshwa, also a political analyst said it was regrettable that politics in Zimbabwe seems to be deviled by chaos everywhere.

“In fact public life seems to be chaotic,” he said.

“That congress was never conducted under conditions or an atmosphere that is acceptable in any normal society. With the mind-set of Zimbabwean politicians, it is hard to imagine conditions would be possible for the party to hold any normal congress. What I fail to understand is the violence, to the extent that a presidential candidate can be slapped by a random delegate. That sums up the toxic conditions under which the congress was held.”

Mlotshwa noted there was no appetite to solve those problems adding they could possibly never be solved, arguing some politicians thrive under such conditions. 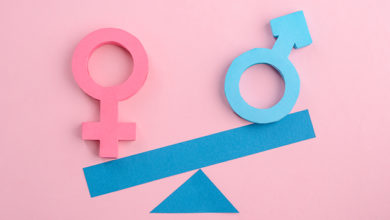 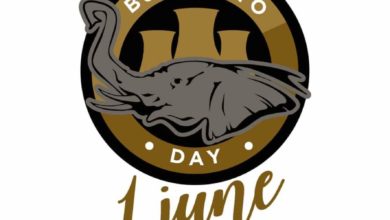