When diamonds were discovered in Marange, Mutare around 2006, authorities told Zimbabweans that the new found wealth would be the panacea to the country`s myriad of problems, especially the struggling economy.

Everyone was made to believe the gems would generate a lot of revenue that would take care of the country’s problems once and for all.

In short, the diamonds were presented as God`s answer to the citizen`s lamentations.

Instead of benefiting the whole country, including the locals – who had walked on the gems for decades – only the privileged few and the politically connected gain access to the rich diamond fields.

Zimbabweans who were waiting earnestly to reap rewards were told it was only a matter of time before proceeds start filtering into the country.

In turn, the people looked forward to improvements in their standard of living.

Fast forward, 12 years later, no marked improvement occurred in Zimbabwe as little was realised from the diamond sales.

Instead, the people discovered that it were only the elites who selfishly benefitted from the gems while the masses continued wallowing in poverty.

The situation became so bad that even former president Robert Mugabe claimed $15 billion of diamond revenue vanished without a trace.

He later said the figure was exaggerated but economists had already calculated that the $15 billion could have turned Zimbabwe’s fortunes around and wiped away the country’s enormous debt.

The whole country frothed with anger after authorities failed to justify how the diamond proceeds could just vanish into thin air and how government seemed unmoved by the brazen looting of the gems.

Investigations into the missing $15 billion yielded little results with a parliamentary probe failing to unravel the diamonds mystery.

Myness Matanda (30) says locals have since sunk deeper into poverty following the discovery of the “cursed minerals.”

“I used to have a home. It was not much but i could grow crops and feed my family,” said Matanda whose scarred hands bear testimony to the hard work she endures for her starving family.

“The diamonds came. We were kicked out of our ancestral land. We were promised compensation and better homes. We are now worse than beggars,” she said raising a bony hand to shield her eyes from the scorching sun.

Matanda likened the manner in which they were moved from their homeland to a burial of a deceased.

“You can see how dry and arid this area looks. We were just dumped and forgotten. We only hear through grapevine that there are government programs availing agricultural resources and food but none of it reaches us.

“Orphans, the elderly and the vulnerable are succumbing to hunger while those in charge of distribution hoad for their close circles’ benefit,” she said.

With a tone heavily accentuated with stoicism, she lamented how avaricious the government has proven to be by imposing 2 percent tax on the people.

“It is unbelievable! Where do they get such audacity?”

“Former president Mugabe announced that diamonds worth more than $15 billion were looted from this area yet they still come back to us the poor to steal the little that we try to save up,” said Matanda.

Marange locals said they have made several attempts to protest against the unfair living conditions they are forcefully subjected to but they constantly get harsh response from police and military.

Prince Wadzoka(27) flashed fresh wounds sustained from dog bites unleashed on him by the police.

He speaks at the verge of tears as he narrates how he unfortunately fell victim to the vicious dogs.

“I was coming from the shops going to a nearby homestead where I had been called for a piece-job. I stumbled upon police chasing after makorokozas and they commanded their dogs onto me,” he said.

“For a moment I didn’t know whether to flee or explain to the police that I was just passing through. In a split of a second, the dogs had pounced on me and dug deep into my flesh.”

Wadzoka said he manoeuvred up a  tree to save himself from further dog assault.

“I climbed onto a tree. The police ordered me to climb down, threatening to shoot if I resisted.

“They took me to their base then later released me without any medication whatsoever for the wounds I had sustained. I don’t know what the future holds for me, but I hope they will heal eventually so I can be able to fend for my family.”

BDCT chairperson, Moses Mukwada alleges chiefs and headmen sacrifice the welfare of their people for houses, cars and incentives they get from the government and mining companies.

“We hoped that the introduction of Zimbabwe Consolidated Diamond Company (ZCDC) would put us out of our unemployment misery but they are just adding salt to a fresh wound.

“They demand a bribe of $300 to employ but none of the few employed lasts beyond 4 months on the job,” he narrated.

During the Zimbabwe Alternative Mining Indaba held in Bulawayo in October, Norton member of Parliament Temba Mliswa said ZCDC was illegally mining in Marange and should be shut down.

Mliswa blamed the government for allowing illegal mining to take place in the country which in turn results in failure to account for resources that are supposed to enhance the economy.

Activist Farai Maguwu, Director of Center for Natural Resource Governance has dedicated his lief to supporting the locals in their quest to regain their freedom.

Maguwu alluded to the provisions in the Zimbabwean constitution citing how every citizen and anyone who is legally in the country has a right to move freely.

The national peace and reconciliation commission has promised to intervene in the plight of the Marange people, promising to do its best in engaging all relevant authorities and stakeholders to ensure the people get back their freedom and human dignity.

Will the Marange people reclaim their birthright, the land of their forefathers, only time will tell. 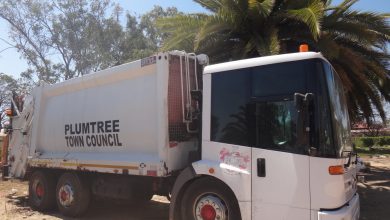 Does BCC have a shortage of water bowsers?