Zimbabwean and South African authorities should sit down and come up with ways of preventing cross border related crimes such as illegal entries instead of pointing fingers at each other, a migrants activist organisation has said.

This comes after the South African army alleged that the Zimbabwean military commanders are doing nothing to solve the issue of Zimbabwean soldiers stationed at the Beitbridge Border post who are taking bribes and allowing undocumented Zimbabweans to cross into South Africa.

This sentiment was said by a South African military commander to the neighbouring country’s Minister of Home Affairs, Aaron Motsoaledi, at the Beitbridge/ Limpopo Border Post recently on an exercise to tackle undocumented entry into that country.

Thousands of Zimbabweans are reportedly crossing illegally into South Africa on a daily basis, some even braving the crocodile infested Limpopo River.

In an interview with CITE, Leader of the African Diaspora Global Network, a migrant-rights organisation based in South Africa, Dr Vusumuzi Sibanda, claimed it was possible corruption was taking place on both sides of Zimbabwe and South Africa, done by armies and officials of the two countries.

“We heard what the minister has basically said, we know the statements came from the (South African) army. We are not shocked. We have a lot of accusations against the South African army and police and officials taking bribes allowing cars to be smuggled out of South Africa. This mudslinging, that it is the Zimbabwean army, I suppose if there is corruption, it is possible and it is in fact true that corruption is taking place on both sides of the border,” he said.

Dr Sibanda alleged the illegal entry of people into South Africa was possibly aided by officials from both sides of the border, noting if one side was not corrupt, border jumping would have stopped.

“Authorities from the Zimbabwean side and South African side are obviously corrupt and allowing undocumented people to cross over because if anyone of this side was not allowing that to happen, then every person trying to cross would be caught by the one side that is not corrupt and allowing people to go through whilst they don’t have the paperwork,” he claimed.

“I think it’s just unfortunate that the blame has to be placed somewhere else so that the South African electorate does not find blame with maybe the government of the ANC and maybe the Department of Home Affairs.”

The migrant activist noted that to stop cross border related crimes would require a hands on approach from both the Zimbabwean and South African side.

“We have heard allegations across the Limpopo border in Mozambique and at the Beitbridge Border Post that in fact the South African army is helping people cross with vehicles and all this and that. We have also heard that the Zimbabwean army is also doing that so both parties are not working hand in glove, instead if they are working hand in hand trying to curb illegal border jumping, it would stop. So the mere fact they are pointing fingers means they need to sit down and find each other in order to prevent some cross border related crimes,” Dr Sibanda said.

Meanwhile, concerns have been raised by migrants and relatives back home on the numbers of people who have been deported back into Zimbabwe.

Some insist that those migrants who illegally cross into South Africa are desperate to work and are leaving Zimbabwe, which must be a sign to force the Zimbabwean authorities to ask themselves why “they are creating a regional immigration crisis.”

However, Chairperson of the Zimbabwean Community in South Africa, Nqgabutho Mabhena, based in Johannesburg said there was no exercise to mass deport Zimbabweans.

He explained that instead there were roadblocks between Beitbridge and Pretoria to capture those who would enter South Africa illegally.

“Well there are three roadblocks, which are normally there every year along the N1 route between Beitbridge and Pretoria to try to intercept people who would have crossed the border illegally for them to be arrested,” he said.

“There is no mass deportation at the moment. Target is those that would have come through illegal routes at the port of entry. There is no mass arrest saying cities like Johannesburg, Pretoria and others target migrants, at the moment it is not there. This is what is happening and the numbers of people who have been arrested are far less than a 1 000 because the other day the (South African Home Affairs) minister was talking about 130 arrests who had been arrested for coming through illegal routes into South Africa.” 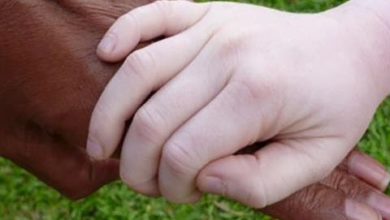 Govt must address plight of people with albinism