The Supreme Court on Monday reserved its judgment in a matter in which ousted former Bulawayo Deputy Mayor, Tinashe Kambarami is challenging the nullification of his election and subsequent removal from office by the High Court.

Kambarami, in July 2018, was convicted of theft of an extension cable and was fined ZWL$80 or 18 days in jail.

But High Court judges justices Martin Makonese and Thompson Mabhikwa set aside his conviction and sentencing.

The judges noted that the guilty plea was not genuine and unequivocal.

“In his plea, the Appellant raised defences which the magistrate ignored. The Appellant denied the essential elements of the offense, he had no mental intention. The court a quo should have gone to trial and not convict the Appellant on his own plea,” they ruled.

The judgment being challenged by Kambarami through his lawyers of Samp Mlaudzi and Partners, cited that his election violated section 119 (2) (e) of the Electoral Act following his theft conviction.

Advocate Hashiti the legal representative, argued that the lower court erred by failing to note that it had no jurisdiction to hear and determine the matter on the basis that it was not an election petition filed under section 168 of the Electoral Act.

Adv Hashiti said the matter was not decided on the basis of the Electoral Act hence the High Court had no jurisdiction to grant a declaratory order.

“The court a quo erred in its interpretation of Section 119 (2) of the Electoral Act. Most importantly, the court a quo failed in not holding that once a person had been lawfully nominated such as the appellant in this case, he could only be removed from office in terms of Section 278 of the Constitution of Zimbabwe,” he said.

“The appellant prays that this appeal succeeds with costs and that the court a quo’s judgment under case number EC8/18 be and hereby set aside and dismissed with costs.” 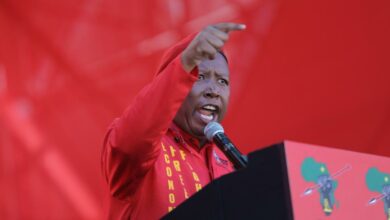 Govt to speed up implementation of e-learning at universities