Bulawayo entered the first day of the latest national lockdown, Tuesday, with subdued activity in the city centre, as most people heeded the government’s call to stay at home.

Level IV of the National Lockdown was re-introduced and came into effect on January 5, 2021, to curb and control the novel coronavirus that has been spiralling out of control in the country.

To date, 384 people have died from Covid-19 while 15 829 confirmed cases have been recorded with rising cases reported since the start of the new year.

The national lockdown order has been published in the Statutory Instrument 10 of 2021 (Public Health (COVID-19 Prevention, Containment and Treatment) ( National Lockdown ) (No.2) (Amendment) Order, 2021 (No.9).

A snap survey conducted by CITE in the city showed that besides learners going to school for their examinations, most shops were closed, save for supermarkets such as SPAR, OK and TM that were open.

Some pharmacies were also open for business while all liquor selling outlets including bottles stores were closed.

The 5th Avenue vegetable market which is usually packed with consumers and swarmed by informal traders was almost empty with police officers and soldiers patrolling the area.

In the morning, police officers on horseback also did their patrols, while some individuals who had violated the lockdown regulations were arrested.

Some individuals noted that unlike the previous lockdown, police officers were friendlier to residents.

“I was impressed with the way the police carried themselves towards people. They were professional and helpful towards us They were not rough but civil and courteous, which is a plus for them and we expect more of this behaviour,” said Khumbulani Mpofu, a local freelance journalist who was also doing rounds in the city centre.

However, one observer, Felix Chari said people probably stayed at home because their fear of security forces outweighed the lockdown cause.

Commuters also said they did not face major challenges entering into town although those who did not have exemption letters, found alternative routes to make their way to the city centre while others could be seen walking on foot.

Some of the major roads which lead into the city town were also not manned by any security checkpoints, unlike in the previous lockdowns. 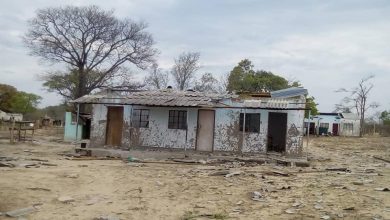