The World Health Organisation (WHO) has included in its Essential Medicines List, a steroid drug called Dexamethasone which can boost the survival of premature babies when given to pregnant women at risk of preterm birth in poor countries.

This was after a new clinical trial resolved an ongoing controversy about the efficacy of antenatal steroids for improving preterm newborns survival in low-income countries.

The trial noted the impact is significant as for every 25 pregnant women treated with Dexamethasone, one premature baby’s life was saved.

When administered to mothers at risk of preterm birth, Dexamethasone crosses the placenta and accelerates lung development, making it less likely for preterm babies to have respiratory problems at birth.

WHO said it was therefore crucial that countries, health systems, and pharmaceutical companies across the globe make sure there is an effective supply chain and pricing to prevent hoarding or stock-outs of Dexamethasone.

“But it is only effective when administered by health-care providers who can make timely and accurate decisions, and provide a minimum package of high-quality care for both pregnant women and their babies.”

The study noted health care providers must have means to select women most likely to benefit from the drug and to correctly initiate the treatment at the right time – ideally 48 hours before giving birth to give enough time to complete steroid injections for maximal effect.

Women who are in weeks 26 to 34 of their pregnancy are most likely to benefit from the steroid, so health care providers must also have access to ultrasound to accurately date their pregnancies.

Head of the newborn health unit at WHO and one of the study coordinators, Dr Rajiv Bahl, concurred antenatal steroids such as Dexamethasone can help to save preterm babies, “when a minimal package of care– including management of infection, feeding support, thermal care and access to a CPAP machine to support respiration – is in place in low-income countries.”

In an interview with CITE, gynaecologist and obstetrician, Professor Solwayo Ngwenya, confirmed that health officials in Zimbabwe also recommended use of the drug.

“Yes the use is even documented in my thesis.  I introduced their use at Mpilo Central Hospital in 2006 and they have probably saved premature babies,” said Prof Ngwenya, now the acting Chief Executive Officer of Mpilo Central.

He added that Dexamethasone was an “old drug” where it with similar drugs have long shown to be effective in saving preterm babies lives in high-income countries, but this is the first time a clinical trial has proven that the drugs are also effective in low-income settings.

The drug, Dexamethasone, has also recently shown to be effective in helping relieve  symptoms caused by severe Covid-19.

Prematurity is the leading cause of death in children under the age of 5 globally and every year, an estimated 15 million babies are born too early while one million die due to complications resulting from their early birth.

In poor countries, half of the babies born at or below 32 weeks die due to a lack of feasible, cost-effective care.

According to WHO, the study was conducted from December 2017 to November 2019, the randomised trial recruited 2852 women and their 3070 babies from 29 secondary and tertiary level hospitals in Bangladesh, India, Kenya, Nigeria, and Pakistan.

The study also found there was no increase in possible maternal bacterial infections when treating pregnant women with dexamethasone in low-resource settings beyond finding a significantly lower risk of neonatal death and stillbirth. 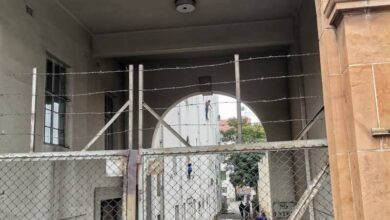 Drama as suspect tries to escape during court session