The low number of registered voters in Matabeleland continues to worry stakeholders who said more programmes have to be done to encourage youths to register to vote ahead of the 2023 national elections.

This concern comes after the Zimbabwe Electoral Commission (ZEC) released statistics on the voter population as of June 10, 2022, which showed that a total of 5 804 975 people had registered.

Out of that number, Bulawayo had the lowest number of registered people at 270 914.

“Bulawayo figures are very bad, more needs to be done to encourage people to go and register to vote, it’s time for action because talk is cheap. All stakeholders need to mobilise people in large numbers, these figures are unacceptable for a Metropolitan like Bulawayo,” said the National Youth Development Trust.

A youth voter registration group, Project Vote 263, which has been mobilising young people to vote claimed Bulawayo has more than 500 000 people who are eligible to register to vote, which meant half of those were not registered.

The organisation, said overall, the aim was to push the total number of registered voters to six million by the end of 2022.

“This means we need to register approximately 200 000 people in less than six months,” said the organisation.

Project Vote 263, secretary-general, Falon Dunga, said young people must actively participate in electoral processes as they constituted a majority in the country.

“Young people are the majority at 67 percent but are not included in leadership positions yet must be in that leadership equation and make decisions. They must also be voted for into power,” she said in an interview with CITE on the Breakfast Club.

Dunga said the organisation worked with other non-governmental organisations to mobilise young people to register to vote.

Last year, Project Vote 263 and ZEC clashed when the latter released understated figures of people who had registered in 2021, contrary to what the youth organisation had recorded.

ZEC stated only 2972 people had registered but Project Vote 263 said it had recorded 9 635 people.

“ZEC accused us of tarnishing their reputation but we have no such intention. Our aim is to encourage young people,” Dunga said.

She said their method of recording numbers of registered voters was done district by district across Zimbabwe’s 10 provinces.

Dunga claimed the low figures released by ZEC could be voter suppression, where the electoral commission was limiting the numbers of registered voters.

“We don’t know why they could be doing that or if they are pushing a political agenda yet they claim to be an independent commission,” she said.

Dunga said after the 2018 elections, there was a realisation Zimbabwe had more than three million unregistered voters.

“That’s why we are targeting young people and students. We have volunteers who go into the field, mobilising door to door in communities and tertiary institutions,” she said.

“We organise and arrange free transport mobility to and from ZEC offices. But we don’t provide incentives like lunch. Our goal is to register people to vote.”

Dunga noted that the registration process was easy, as people needed an identification card.

“In Bulawayo, the ZEC staff is really good compared to other provinces such as in Manicaland. Around October last year, we faced challenges as one of our mobilisers was arrested for transporting people. They were told unsanctioned gatherings are not allowed yet people were servicing their constitutional mandate. The mobiliser was later released but continues facing threats as he is the chairperson of Project Vote 263,” she said.

Dungal said Project Vote 263 has no specific or big donors that fund them but are supported by concerned citizens, either locally or abroad.

“Sometimes we face challenges in sourcing for transport or fuel so we do crowdsourcing,” Dunga said.

“Some have accused us of being aligned to a certain political party but that is false. We are an independent organisation run by young people. The oldest person in the organisation is 25 years. Our hope is to have a better Zimbabwe where young people and especially young women are included in the leadership equation and fully participate without hindrances.” 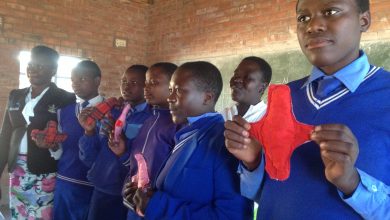