Stakeholders have expressed shock and disappointment at the decision by the Zimbabwe Electoral Commission (ZEC) to postpone the Mobile Biometric Voter Registration (BVR) exercise which had been slated for early December.

The exercise was meant to assist eligible people to register as voters and registered voters to update their information.

However, in a letter seen by CITE, ZEC acting Chief Executive Officer, Jane Chigidji announced that the exercise had been postponed indefinitely.

ZAPU Secretary General who doubles as the party’s acting National Spokesperson, Mthulisi Hanana described the move as a sad development.

“It’s disappointing because reasons for this are not given and new dates are also not given,” he said.

The Election Resource Centre (ERC) also expressed its disappointment saying that voter registration is one of the most important pre-election activities.

“The importance of voter registration ahead of the delimitation process cannot be overstated as true representative democracy will only be achieved through equitable representation.

“The voter registration blitz was important, particularly for engaging first-time voters and under registered areas ahead of delimitation,” ERC said. 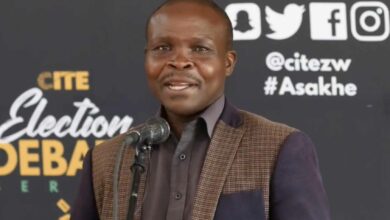