The spokesperson post has divided the Political Actors Dialogue (POLAD), with unconfirmed reports indicating that ‘higher authorities’ prefer someone else to MDC-T’s Khaliphani Phugeni, who was recently elected.

POLAD is a grouping of ZANU-PF and other political parties that contested the 2018 polls, save for the MDC, engaged in talks ostensibly to resolve the country’s political and economic crisis.

POLAD members recently formed a number of committees through which they would be operating.

However, Permanent Secretary in the Ministry of Justice, Legal and Parliamentary Affairs, Virginia Mabhiza, is reportedly having said higher authorities did not want Phugeni to be the spokesperson.

CITE this week reached out to some of POLAD members over the issue.

Mxolisi Ndlovu of the Republican Party of Zimbabwe (RPZ) confirmed while they had elected Phugeni, they were aware of the rumours to the effect there were those who did not want him to occupy the post.

“However, we cannot rely on rely on rumours; that has not been communicated to us” said Ndlovu.

He said they felt Phugeni, whom he described as “vibrant” was the suitable candidate for the post.

Asked, should there be resistance to Phugeni’s ascendancy to the post, what would they do, Ndlovu said they would oppose it.

“We will reengage because they will be trying to dictate everything to us,” said Ndlovu.

Chairperson of POLAD information committee, Murdock Chivasa of the National Constitutional Assembly (NCA) told CITE he would not comment beyond the fact that they chose Phugeni to be POLAD spokesperson.

“I am not in a position to comment further than this,” he said.

However, efforts to get comment from Mabhiza were fruitless as her mobile phone was off-line. 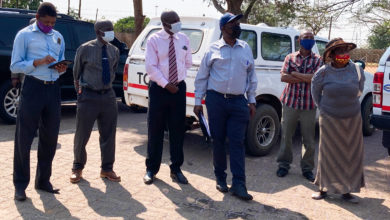