A court heard the five men gang was part of the mob that protested on Tuesday last week during the stay away skirmishes which were marred with vandalism of property and looting.

Mhou is employed by the Zimbabwe National Army (ZNA) while Chididi, Mungwadi and Ndlovu are unemployed.

Magistrate Dube remanded the four in custody to January 28 for continuation of trial.

Another co-accused Ntandoyenkosi Moyo (27), who was allegedly shot in the abdomen by the owner of the garage Mr Ashton Mpofu during the protests, appeared separately before magistrate Lungile Ncube on Tuesday in a court held at his bedside at Mater Dei Hospital on the same charge.

The accused persons all pleaded not guilty to the charges leveled against them.

Prosecuting, Thembeni Mpofu said accused persons were part of the people who were protesting at Ashys garage.

Testifying in court, the businessman said he was able to identify the accused as they behaved in a distinguished way after he fired warning shots.

“Whenever I fired warning shots these guys would crawl on their bellies in a professional manner. This distinguished character about them caught my attention. The rest of the residents would flee whenever I fired because they wouldn’t bear the sound of the gun. These particular ones appeared unaffected and acted professionally,” said Mpofu.

He added: “I arrived at the garage around midday and subsequently tried to engage the police. The response I got was from the fire brigade and the support unit. However they said could not stay neither could they give me help as they said my garage was not yet on fire and they had other emergencies to deal with”.

Mpofu said he tried to engage the marauding crowd without much success.

“I had tried to reason with the crowd not to burn my garage. I advised them there was fuel in the tanks and burning would lead to bursts that would destroy neighbouring houses but they were adamant, claiming they wouldn’t care about the repercussions.

Mpofu expressed shock at the accused plea of not guilty saying it’s a sign of disrespect as they show no remorse over their actions. 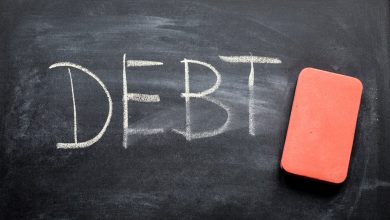