Learners in most schools in Bulawayo were turned back home when schools opened, Monday, for the last batch of classes, after a few teachers reported for duty.

Schools were closed in March as a precaution to protect pupils and teachers against Covid-19 and have been reopening in phases.

The examination sitting classes – Grade 7, Form 4 and Form 6 re-opened on September 28, the second group – Grade 6, Form 3 and Lower Sixth classes went back on October 26, while the rest of the classes were to follow on November 9.

Teachers are demanding better salaries and working conditions from the government and their unions remain resolute that their members are incapacitated.

Progressive Teachers Union of Zimbabwe (PTUZ) president, Dr Takavafira Zhou, said the teachers’ absence was not voluntary but caused by their employer’s unilateral reduction of teachers’ salaries from between US$520 to US$550 in October 2018 to less than US$40 by September 2020.

“On a day several parents may be preparing their children to go back to school, we want to make it categorically clear without any equivocation or ambiguity that teachers would be conspicuous by their absence in schools,” he said.

On Monday learners found the gates at some school premises locked forcing them to go back home or wait for their parents and guardians.

Other schools were ‘courteous’ to send parents messages prior the opening day telling them not to bring in their children.

Some schools have reportedly even come up with a calendar of teaching days where classes have been assigned two days of learning per week.

CITE managed to speak with some irritated parents in the morning who had just collected their children from school.

“We have paid fees but our children are not learning,” fumed one parent. “What happens now in such a situation? I will want to blame the teachers but the government has to pay teachers. It’s a good thing my children are not sitting for examinations, otherwise they would have failed. Now we are told our children will be learning two days a week, is this some sort of a holiday?”

Another parent said the situation in the education sector was now mirroring the health sector where nurses used to work flexible hours yet were recently ordered to report for full duty.

“Does this mean the whole country will divide hours and work in shifts, then we expect to develop,” the parent scoffed.

Bulawayo Provincial Education Director, Olicah Kaira, said she was unaware that schools were turning back learners.

“May I investigate first,” she said.

Several meetings have been held between the government and teachers’ unions but they failed to break the impasse and just last week, civil servants rejected government’s additional 20 percent salary offer were the highest paid worker was to receive $16 430 per month.

Teachers have been demanding at least US$520 to match the rate of inflation and cushion them against the harsh economic environment but government refused to pay United States dollar-based salaries.

The government then ordered provincial education directors to name teachers who failed to report for duty since the reopening of schools in September, with the intention of withholding their salaries.

Dr Zhou said teachers had legitimate concerns that must be urgently resolved by the government.

“To expect that threats can capacitate teachers as Public Service Commission and the Permanent Secretary of the Ministry of Primary and Secondary Education assume, is ludicrous hallucination of the worst order,” Dr Zhou said.

“Contrary to Minister (Cain) Mathema and other Ministry officials’ facade of lies that Covid-19 abatement equipment has been acquired and placed in schools, Deputy Minister of Education, Edgar Moyo, is now singing from our hymn book indicating the sorry state of affairs in schools. We, therefore, also call for prioritisation of health and safety of teachers and pupils in schools.”

He noted the union remained ready for meaningful dialogue as part of the United Front of Teacher Unions.

“We appeal to the President of the country to exude responsible leadership qualities by engaging the United Front of Teacher Unions in order to find a lasting solution to teachers’ incapacitation. The president must never be kept fed on a constant diet of lies and fabrication that there are ongoing negotiations. Worse still Apex has long lost mandate to negotiate following its lapse of term of office and its clandestine transformation into a confederation whose terrain must now be the tripartite forum,” Dr Zhou said. 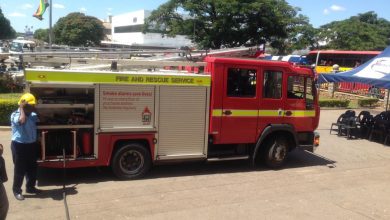