Rail/Road level crossings in the SADC region, Zimbabwe included, have been scenes of many horrific accidents as vehicle drivers ignore traffic rules and try to cross these intersections in front of oncoming trains resulting in loss of lives.

The commemoration of the special railways safety week follows a resolution by the SARA board last year to set aside a week in October every year to increase public awareness campaigns on railway safety to curb accidents and fatalities on the track.

“This year’s commemorations will focus on Rail/Road Level crossing awareness with the theme: “Rail safety starts with me: stop, look, listen, save lives.”

As part of the commemorations, Maravanyika said, there would be an expo from Monday through Friday where NRZ and other partners would impart information on railway and road safety awareness to members of the public.

“The official launch of the week will be on 16 October at the Rail/Road level crossing on Paisley Road in the Workington industrial area where many deadly accidents have been reported,” he explained.

“Among the activities lined up for the Railway Safety Week are awareness campaigns on rail and road safety, education programmes, practical involvement of everyone, Safety Week procession and march and train ride for participants to and from Paisley Rail/Road level crossing.

Headquartered in Harare, SARA was formed in April 1996 in line with the SADC Protocol on Transport, Communications and Meteorology (PTCM), Article 13.13 which stipulated the formation of Regional Associations for each transport mode. 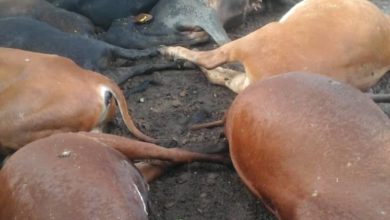