South Africa’s Home Affairs Department has relaxed travel requirements for foreign children by signing a waiver that allows them to enter the country without additional supporting documents.

This means unabridged birth certificates and consent letters are no longer required in order to obtain a visa for international minors travelling to South Africa with their parents or guardians.

The visa requirement was initially introduced in 2015 and reportedly saw many people turned away at entry ports, as they did not meet the requirements.

However, the Home Affairs department has signed a waiver, applicable since November 8, 2019 scrapping the earlier requirement.

According to the South African Government News Agency, Home Affairs Minister, Dr Aaron Motsoaledi, said the waiver was an improvement in country’s admissions policy to build on the work done by the department to contribute to economic growth and investment.

“As of 8 November 2019, foreign children can enter and depart the country without being required to provide birth certificates, consent letters and other supporting documents relating to proof of parentage,” Motsoaledi said.

The Department of Home Affairs has since communicated these changes to immigration officials at all ports of entry – road, airline and maritime industries.

Meanwhile, the waiver only applies to foreign children as South Africa would still require their own children travelling to provide these supporting documents, in line with the provisions of the country’s Children’s Act.

The same provision would also apply to unaccompanied foreign children.

“It is significant that we have completed the policy changes in the week in which President Cyril Ramaphosa hosted the second Investment Conference. We anticipate that this change will have a positive impact on tourism as we approach the holiday season,” Motsoaledi was quoted.

In an interview with CITE, migrant activist and chairperson of the African Diaspora Forum, Dr Vusumuzi Sibanda said in as much as migrants in South Africa would welcome the new rules, it had to be questioned whether the waiver was in the interest of children.

“We are alive to the fact that it has been difficult for migrants working or living in South Africa to have their children visit them, especially during holidays. The truth is children were sent to them via omalayitsha, because it would have been an additional expense for them to go down say to Zimbabwe and fetch them.

“With this waiver, it makes it easy for omalayitsha to bring children to South Africa as long as they have own passports. Unlike before when parents had to look for someone to process all the documentation, say in time for holidays,” he noted.

But, is sending children with omalayitsha in the best interests of the child, asked Dr Sibanda.

“As much as people can celebrate the relaxation of the law, we probably don’t know the extent of which the old regulations had been a problem. How many failed to travel and besides one has to appreciate the major reason for that regulation was to avoid child trafficking in the first instance,” he noted.

Dr Sibanda pointed out that one had to analyse why the law was relaxed for foreigners only.

“The law was not relaxed for South Africans. It works for those foreigners coming in the country but those leaving it does not apply. One would assume that South Africa is saying it’s ok if you do not have all the documents as long as our children are not the ones who are trafficked,” said the ADF chairperson.

“That attitude of not caring for foreigners is one that is problematic such as legislation that implies migrant lives don’t matter. Was there too much outcry to not carry unabridged birth certificate or people could still carry digital documents to present at immigration. These are issues we have to talk about, some can say we migrants don’t know what we want but we need equal protection of the law.”

Dr Sibanda highlighted that child trafficking was real and cited an example of a 21 year old female who was found recently with needle marks all over her body.

“The girl was taken to Charlotte Maxeke Johannesburg Academic Hospital (formerly Johannesburg General Hospital), and the needle marks show she may have been used for drugs. Now the hospital wants to repatriate her without the consulate knowing and that amounts to smuggling. This is what makes our blood boil and why we call for equal protection of the law,” said the migrant activist. 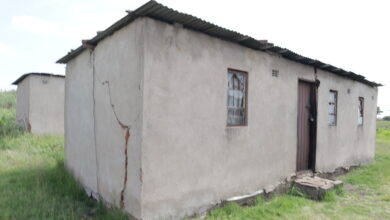 We were duped: Harare residents settled on wetlands fear eviction 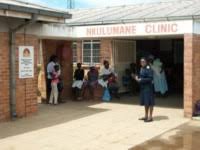