SOUTH African-based Zimbabwean musician, Getron Sibanda, known by her stage name Gettie Diamond, is working on her third album in which she has promised to deliver her best to fans.

The 22-year-old award-winning house-kwasa and afro-pop musician, who ventured into the music industry in 2015 and released her first album that very year, already has two albums to her name, with seven tracks each.

“I am now working on my new album and that’s going to be the third album,” she told CITE.

“My first album didn’t go as I expected; the second album wasn’t bad because it put me on the map in newspapers. In 2018 I released a single track of housekwasa, titled “Keboile yeah.” Many people loved the track even on radio stations it gets played.The same track made me win an award last year in May on Ezakithi Awards (Best Alternative Music in 2019).”

The multilingual singer said in March this year, she released a single track of afro-pop titled “Ngcelubuye,” adding her fans love it very much and are requesting a video for it.

Diamond said the lockdown was holding back her progress on the new album, saying had it not been for it she would be releasing the album soon.

Asked what languages she sings in, Diamond had this to say: “I do music for the world so I usually sing in Ndebele, Zulu, Tswana or Shona. I don’t choose languages. Any language that comes into mind while I am composing a song, I go for it.”

“This year I didn’t do any shows; I wanted to come home (Zimbabwe) and do some shows during Easter but unfortunately things didn’t go the way I had planned,” she said.

Born Getron Sibanda in Insiza District, Matabeleland South on August 6, 1997, Diamond, as she is affectionately known in music circles, was raised in Dolo rural area, in Mberengwa, Midlands Province and did her primary education at Shumagange.

For her secondary education, Diamond attended Mandava High and Chizungu High before relocating to South Africa in 2015.

“My uncle took me and I came to SA and did my grade 11 and 12 but unfortunately I didn’t write matric because I didn’t have papers by then,” she explained.

“I started doing music while I was at school. When my family got to know that, they didn’t like it but I tried convincing them that I could do both. While growing up I loved dancing and singing, so I can say this thing is just a natural talent that I was born with.”

Diamond said seeing female artists like Brenda Fassie, Beater Mangethe, Slizer and Sandra Ndebele while growing up made her believe she could do it too.

“So in other ways they (female artists) inspired me a lot,” she said.

“To my fans and all the people who know me and who are willing to know more about me, I am bringing more fire of entertainment to you. You will love it. To my fans, I again say, you know in every show I do, I am a crowd-puller so, expect more from me.” 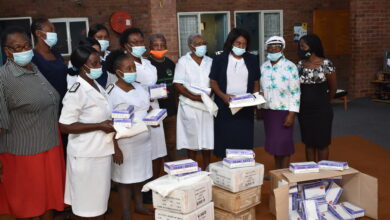