Female returnees housed at Khumalo Hotel quarantine centre in Bulawayo are complaining of overcrowding and lack of testing, saying the situation was exposing them to Covid-19.

Some of the returnees alleged they had gone for more 14 days without testing, as no clarity was made by officials on when they would be tested.

According to government policy, returnees are subjected to mandatory 21 days with testing to be done on Day One, Day 8 and Day 21.

Khumalo Hotel was recently turned into one of the quarantine centres in the city after the closure of Bulawayo Polytechnic and United College of Education (UCE) to make way of the reopening of tertiary institutions.

The hotel was designated to accommodate women and children.

But the centre is now allegedly overwhelmed as more returnees continue coming back home, with others complaining of being crammed into single rooms.

“I wish to raise a concern about what is happening at the quarantine centre at Khumalo Hotel. People are being kept there indefinitely without clarity on when they will be tested. Meanwhile, more people are arriving at the hotel from Beitbridge,” said one of the returnees who reached out to CITE.

“This has started to lead to overcrowding as people are crammed into single rooms. If they are piling people on top of each other, what then is the purpose of quarantine?”

Another concern was some women and children were put together, with a danger of exposing them both to Covid-19 due to the overcrowded conditions.

“We are now defenceless citizens, who have essentially become trapped, without testing , despite spending close to 14 days at that hotel!” said the returnees, who added more buses had just arrived from Beitbridge full of people who required accommodation.

Reached for comment, Bulawayo Provincial Social Welfare Officer, Fanwell Dzoma, said overcrowding was caused by the need to carry out testing, which was not done by the social welfare department.

“Ask the Bulawayo PMD about testing,” he said.

Dr Mlilo admitted there were certain logistical challenges that had to be addressed at the Khumalo Hotel quarantine centre but noted some frustrations possibly arose from those who were detained further for retesting.

“What happened is we picked up seven positive cases a week ago and as per protocol, the people who are negative had to be detained for further seven days. They will be tested on Day 8, which is tomorrow (Friday). We detained them because according to the infectious prevention control measures, these were not properly maintained so the returnees have to be retested,” Dr Mlilo explained to CITE after going to Khumalo Hotel.

The Acting PMD, said the medical staff would expedite the laboratory processing of sample kits and have results in the shortest possible time, so the detained returnees could be released.

“We don’t have stock outs of sample kits. I assure you we do have a dedicated team taking care of the returnees at the quarantine centre. I did hear some returnees claim that they haven’t been tested and I will look into it but as I said we don’t have a shortage of the sample collection kits,” he said.

Dr Mlilo noted that as for overcrowding, the returnees were given separate rooms and not crammed.

“I don’t think it’s true, we have separated rooms and the returnees are kept in single rooms, if possible. Some people, yes, complain that they maybe in a hotel but have their errands to tend to, which points to frustration from merely being detained. Yes sometimes, logistical challenges occur and we accept that we can improve on them but when it comes to conditions or food, it is really good,” he claimed. 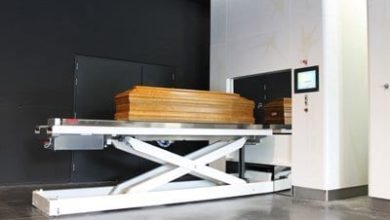