The two percent transfer tax, which was recently introduced, is charged on all swipe or RTGS transactions that are above $10.

In a survey conducted by CITE in Bulawayo, some service providers want cash as payments, as they argued that the accumulative cost of the two percent tax is burdensome on finances.

The two percent tax is deducted from sender to lender and every transaction is charged despite it going to one entity or individual.

Some supermarkets and even customers have also joined in the fray preferring to use cash (bond notes) and mobile payment systems as payment for goods in order to avoid paying the tax.

However, the mobile money payment system has its own charges.

An economist from Labour Economic Developmemt Research (LEDRIZ), Dr Prosper Chitambara, said such moves which reduced financial intermediation were expected as both service providers and customers were finding means to bypass the tax.

“People are weighing the opportunity cost that comes with paying the tax as two percent of $10 may seem minute but accumulatively the amount becomes more. A less simplified tax would have been ideal because higher taxes for a country that is financially squeezed means less economic freedom,” he noted.

The economist said according to surveys that were done by reputable institutions such as the Mo Ibrahim foundation, Zimbabwe was one of the bottom five countries in the world where there was less economic freedom due to high taxes.

“Tax reforms have to be well thought out. Authorities have to propose and consult people beforehand. Look at America, President Donald Trump made sure to reduce taxes and that resultantly reduced the unemployment rate in 100 years.

“A country can’t prosper by increasing tax. I would have rather said charge less tax and you will see people paying more, which in turn will increase the Value Added Tax (VAT),” Dr Chitambara explained.

He said it was insensitive for the government to say these monetary policies were a “painful but corrective measures.”
“Pain is unnecessary, citizens don’t have to feel pain, it is not right to impose a tax on people. If such measures are to be imposed, they should start with those who earn top level salaries.

People have suffered too much paid and already so from such macroeconomic disturbances that have taken place in Zimbabwe.

A county can develop without feeling pain and development must entail pain relief. Reforms
must be quid pro quo (a favour for a favour),” the economist highlighted.

On the two percent transfer tax, President Mnangagwa said government was “not here to please the taxpayer but to please the economy” meaning it was necessary for people to feel pain in order to gain. 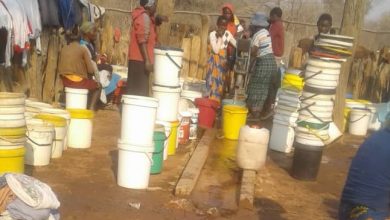