With the delimitation of constituencies and wards set to begin next week, stakeholders have urged the Zimbabwe Electoral Commission (Zec) to engage the Ministry of Local Government and Public Works to clarify some boundaries before dividing the country’s voting areas.

Zec is engaging various stakeholders to explain to them the process of delimitation so that electorates and various other stakeholders like political parties and Chapter 12 institutions understand the process.

Delimitation is an electoral process that is conducted after a population census and is provided for in Sections 160 and 161 of the Constitution.

It involves dividing the country into constituencies and wards for the purpose of elections.

There are 210 constituencies in the country and some, including wards, may be merged or split depending on the number of registered voters.

Stakeholders who attended the Zec meeting with some members of parliament and political parties, as well as Chapter 12 institutions in Victoria Falls on Saturday, said there is a need to be clear on boundaries to address the issue of conflict of district, provincial and constituency boundaries.

The concern was raised with the background of some polling areas reportedly straddling administrative boundaries, thereby causing confusion on resource allocation and service delivery.

The issue is mostly seen in urban areas that encroach into rural districts and provinces, creating problems, participants noted.

“Zec must engage local government before delimitation exercise. We need these things to be determined prior so that elected individuals know which areas they preside over,” said a participant.

According to Zec, constituencies and wards that will not make the required threshold based on the number of registered voters and the 2022 population census may be merged.

This might result in some wards and constituencies straddling boundaries.

Harare councillor Jacob Mafume said there should be clarification, especially in Harare where three local authorities-Epworth, Chitungwiza and Harare encroach into each other’s boundaries.

Harare also encroaches onto surrounding rural provinces and participants want Zec to clarify with the local government before the delimitation exercise.

In Bulawayo, participants cited Mbundane which falls under two local authorities, Bulawayo City and Umguza Rural District Council as one area whose boundary issue may be a challenge during elections.

Zec deputy chairman Rodney Kiwa said the meeting was meant to raise awareness of the impending delimitation and make sure all stakeholders understand the process.

“This is one of a series of meetings with stakeholders where we want to be on the same wavelength with all and sundry. We are consulting stakeholders to apprise them of the impending delimitation for a shared vision,” he said. 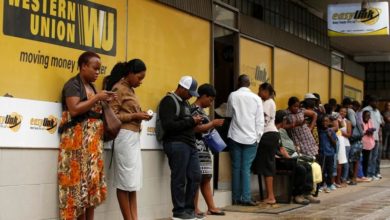