The future of former First Lady, Grace Mugabe, who arguably created more enemies than friends during her husband’s last days in office, now hangs in the balance.

The demise of the former president, Robert Mugabe, the man from whom Grace drew power and protection, leaves his wife now exposed.

Grace, who during the greater part of husband’s presidency had been focused on charity work, before later venturing into politics.

With the support of Mugabe, Grace was in December 2014 parachuted to the helm of ZANU-PF Women’s League, automatically qualifying to sit in the ruling party’s highest decision-making body, the Politburo.

The ex-First Lady then used her position and marriage to Mugabe to vilify all those she perceived to be harbouring ambitions of succeeding Zimbabwe’s long-time ruler.

She became literally untouchable with ministers currying favours with her to avoid being sacked by the President.

The former First Lady ganged up with the G40 faction of ZANU-PF and successfully campaigned for the expulsion of former vice president Joice Mujuru from both party and government on allegations of plotting to topple Mugabe.

At the instigation of Mugabe’ wife, Mujuru was axed together with Didymus Mutasa, Rugare Gumbo and other party members.

Former war veterans’ leader Jabulani Sibanda was also sacked from the party for suggesting that ZANU-PF was being run from Mugabe’s bedroom.

Grace, who harboured presidential ambitions, was believed to be the one literally running the country.

The mistake that then powerful Grace did was to fight then Vice President Emmerson Mnangagwa, who after his sacking toppled Mugabe working together with the army, marking the end of ‘Grace rule’.

When Mnangagwa came into office in November 2017, ZANU-PF expelled the former First Lady for having divided the party.

Now that Mugabe is no more Grace’s security in the country is no longer guaranteed considering how she dealt with members of the ruling party.

Political analyst, Khanyile Mlotshwa, told CITE, Grace Mugabe’s future was of interest to many people considering how her husband was removed from power, and her role in the events leading to November 2017.

“People are likely to speculate that her life might be in danger and that the current regime is likely to abuse her,” said Mlotshwa, however adding that cannot be said with certainty.

“She (Grace) was hurt by the loss of her husband like all people are likely to be hurt when they lose their loved ones. For that reason, I believe she has a year to mourn her husband, which she will do like a traditional woman that she has proven to be. I can, therefore, say what happens to Grace Mugabe from here on is all up to her, and she has a year to figure that out.”

Mlotshwa said It was difficult to predict how the Mnangagwa regime would treat the former First Lady now that Mugabe is gone.

“Considering how they (ZANU-PF) treated Joice Mujuru, there is a reason to suspect that maybe they will also ill-treat her, but it is hard to say so with certainty for two reasons. First, they assisted her when she lost her mother. Maybe they have a soft spot for her. Second, everyone in Zimbabwe and in the world expects that of them.”

Mlotshwa argued, ZANU-PF would be politically naïve to go ahead and prove the whole world right about their political vindictiveness.

He said Grace’s remaining or leaving the country would be largely dependent on how the powers-that-be treat her.

“If she is persecuted, and gets a chance, she will definitely leave. That’s the most sensible thing to do. But if she is not persecuted, she will remain, and chances are high that she will be farming,” added Mlotshwa.

“The future certainly looks bleak for Dr Amai given the fact that she made enemies with many people in the past at a time when she wielded influence and power taking advantage of her proximity to the ex-president as wife or first lady,” said Nyoni.

“She (Grace) stepped on many people’s toes and as such it might be time for them to get back at her.”

Nyoni said Mnangagwa was likely to revenge on the humiliation he suffered at the hands of the ex-First Lady by lifting any protection or immunity Grace is currently enjoying.

“The government might also pretentiously use her as an example of how they are dealing with multiple farm ownership, by grabbing some land from her,” suggested Nyoni.

He said, save for a few G40 members, he did not see many ZANU-PF members sympathizing with Grace, considering how she vilified them during her good days.

“She will be forced to consider fleeing the country just as Kasukuwere, Mzembi, Moyo, Zhuwao and most of the G40 members have done. Mnangagwa is a very vindictive, vengeful character. He certainly won’t let her stay here in peace. It’s only a matter of time before she will be forced to ship out,” posited Nyoni.

Samkeliso Ndlovu, a social commentator, also said all was not well for the former First Lady, going forward.

“The future is going to be very tough for her and her family if she decides to stick around,” said Ndlovu.

“Her best bet is to gather around her things and move with her family to Singapore, Dubai or SA. She has so many options given the many luxurious properties she owns across the world.”

She added that it would be folly of Grace to ever trust President Mnangagwa and those she persecuted.

“It would take a saint to forgive Grace for her precoup insults,” she argued. 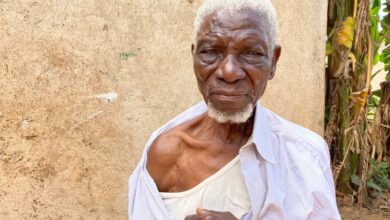 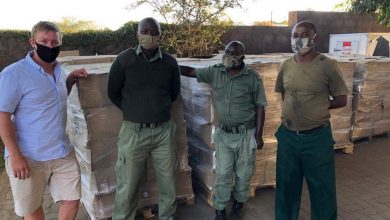