Zimbabwe’s southern border town, Beitbridge was at a standstill, Thursday, when a suspected armed robber held 10 people hostage at a house in Dulivhadzimu suburb forcing the police to gun him down after a 14 hour standoff.

It took careful planning and experience of the Police Special Tactics Team summoned from Bulawayo to subdue the man who was reportedly heavily armed.

The man, known in the surbub as Kedha was fatally shot around 2 pm after refusing to give in to calls from the police to surrender.

He had been exchanging fire with the police since 12 midnight on Wednesday.

He is alleged to have been involved in several robberies in the town, Musina, Limpopo River, and major highway robberies.

“The gun exchange started after midnight when most people were dead asleep. We just heard the noise and went out to investigate and were told by cops to remain indoors,” said a neighbor.

The police told them they wanted to arrest a suspect who had heavy firepower and hence they should stay out of sight to avoid injuries.

When CITE arrived in Beitbridge at midday, most streets in the areas had been filled by cars and residents who had come to catch a glimpse of the situation.

The atmosphere was tense in most streets, with some people watching from afar in fear of stray bullets, as the suspected armed robber was said to be spraying bullets at free will.

By that time he had released six people who share the same rented accomodation with him.

He had also tried to burn the house to fake his own suicide, but the cops would have none of his antics and kept waiting for him to surrender.

Most of the tenants were visibly shaken and said they needed some days before they can start making comments.

“I am still shocked this young couple started living here two weeks ago. We never knew the husband was a criminal,’’ said one female tenant.

Some police officer at the scene refused to entertain questions from the media, saying they were still seized with containing the volatile situation.

However, the residents kept waiting patiently in most streets eager to see the end game.

Soon after lunchtime, the atmosphere changed as the armed robber once again opened fire at the cops, resulting in a heavy fire exchange.

The police also threw in tear smoke canisters to force the man out of the house.

He then moved from one room to the other firing back and was later shot in a room close to the toilet.

The body was taken to a local mortuary and the police barred ordinary people from entering the scene.

Some residents were filled with joy when the news broke out the gunman had succumbed to the battle.

The police spokesperson for Matabeleland South, Chief Inspector Philisani Ndebele could not be reached for a comment with his phone continually engaged. 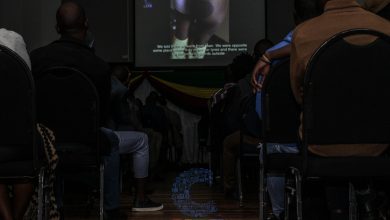 No stone will be left unturned Police Commissioner-General 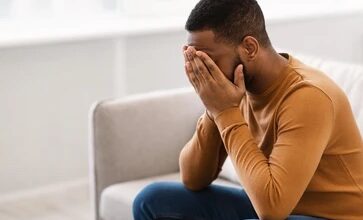 Covid-19 caused a 25% spike in depression and anxiety: WHO