Some members of the Political Actors Dialogue (POLAD) have rejected the Constitutional Amendment (No.2) Bill and want it withdrawn immediately from Parliament.

The political actors said it was premature for the government to publish a constitutional amendment bill when the purpose of POLAD was to have all the players discuss constitutional, electoral and political challenges ahead of 2023.

Addressing a press conference in Bulawayo Friday, Chairperson of POLAD’s Governance and Legislative Agenda subcommittee, Professor Lovemore Madhuku, said there was no hurry for government to make constitutional amendments

“Our subcommittee has a position in relation to the constitutional amendments, and we totally reject those amendments. It is not correct to say POLAD endorsed them.

“We have taken a two-stage approach -the first one is calling upon government to withdraw the bill from parliament and we want withdrawn forthwith. As political players we have to reach an agreement on the reforms we wish to have undertaken and those must be definitely affected,” he said.

Prof Madhuku noted his subcommittee in its wisdom, failed to find any logic in the government rushing to amend the constitution.

“There’s no amendment which has to be done today or tomorrow, they can actually wait. Why are you rushing to amend a provision on running mates when elections are in 2023? So why rush now to do that? POLAD is serious business and we really want electoral laws amended in a number of areas to create a free and fair playing field.

“We reject the bill and we had Zanu PF in our deliberations, which were unanimous and I hope Zanu PF will be able to use its position in POLAD for government to withdraw the bill,” Prof Madhuku said.

He highlighted that their rejection of the amendments must be emphasised to everyone that the POLAD subcommittee has not endorsed the constitutional amendments.

“We are not going to accept the Constitutional Amendment (No.2) Bill, that I can assure you. If government says it’s going ahead, then you will see how POLAD will fight this government whatever it takes. We have spoken as POLAD that we reject the bill and has to be withdrawn forthwith. There is no hurry in that kind of thing, let government wait for the next six or seven months, as we go through this process,” Prof Madhuku said.

“We will just have one bill that goes to Parliament that will also accommodate what we want discussed. This is actually a test for Zanu PF having created POLAD and having brought in political parties into it and to see how far Zanu PF will work with parties.”

Prof Madhuku, leader of the National Constitutional Assembly party, said if government went ahead with the constitutional amendments without their blessing, people must discern for themselves what to do in the coming elections.

“Zimbabweans must know there was a dialogue process that was set up by the president with the intention of governing the country with consultations involving other people, wanting their ideas. Our ideas are clear that we are opposed to the amendments now, if he goes ahead then it’s not for POLAD to do anything, it’s for Mnangagwa to be proven wrong and dishonest.

“Why should we do anything, we are leaders of our own political parties and our role is to give ideas as far as we can but we are not the government of the day. We are political actors and await 2023 to possibly win elections. In the last election, Zanu PF and Mnangagwa were given the mandate to govern and during their period of governing, we gave them ideas that these constitutional amendments don’t make sense, please stop them.

“If they go ahead, why should we do anything about it, we will simply go out and say they have not listened to us. Don’t expect POLAD to be holding guns…POLAD is a platform to exchange ideas, if you don’t follow advice, I don’t kill you why should I take action but you will be shown you don’t take advice.” 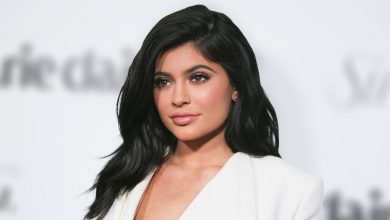 Is the next Kylie Jenner Zimbabwean? 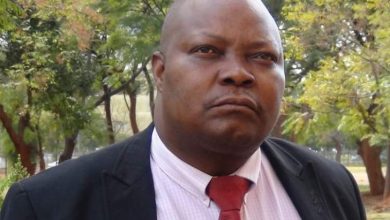