Police officers in Mphoengs, Plumtree,  have confirmed they are investigating the alleged rape of two pupils from Bulu Primary school following a tip-off they received from community members.

A source close to the investigations who spoke to CITE on condition of anonymity said the police were tipped off that two pupils were raped by two young men from the area.

Last month a report was made after a police officer, Peter Muzulu, allegedly sexually assaulted 21 pupils while investigating a case of sexual abuse at the school.

Muzulu is currently in custody facing 21 counts of aggravated sexual assault before a Plumtree court.

“Police in Mphoengs have been investigating on a tip-off they received and it is materialising. They discovered two girls at Bulu Primary School were raped by school leavers. The accused persons are still at large,” said the source.

The source said this time around female officers have been assigned to work on the case.

“This time lady police officers were tasked with the investigations to avoid a repeat of what Constable Muzulu did,” said the source.

Matabeleland South provincial police spokesperson, Inspector Philisani Ndebele could not confirm the incident as he said he was out of office.

“I do not have any details to the case at the moment. I am out of office until Monday,” said Ins Ndebele.

According to State papers before the court, Mphoengs police station had received an anonymous tip-off of sexual abuse allegations at the school.

Muzulu was then assigned to the school where he requested for a room to interview the female juveniles.

It is alleged that Muzulu interviewed one victim at a time alone.

The State alleges Muzulu declined the assistance of a female teacher, Sihle Ncube, who is part of the Child Protection services at the school saying he wanted to do the investigations on his own.

“Muzulu fondled all the 21 girls’ breasts and inserted a finger into their private parts before cautioning them from engaging in sexual activities,” read the court papers. 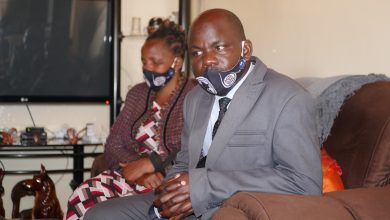