Gift Ncube (34) had his friend to thank for assisting him when he went to register to vote at the Zimbabwe Election Commission (ZEC) offices in Famona, Bulawayo.

Narrating his registration experience to CITE, Ncube, who is visually impaired, said the process was not so smooth for him.

The challenges he encountered included having to board public transport twice to get to the registration centre, unavailability of voter registration material in braille format and lack of specialist officials who deal with people with disabilities (PWDs).

“I live in Hillside suburb which is in a total opposite direction from Famona where the sole ZEC offices are housed in Bulawayo. For me to get there I have to board public transport twice to get there,” Ncube narrated.

“As a person who is visually impaired, I needed to take someone along with me to help me locate the place as well as to fill in the forms, so that means it was double the amount of transport fare.”

Ncube said another challenge they face is that of accessing information on voter registration.

“Blind people need to have information packaged in braille format but it is not there for them to access. They have to rely on information from radios and other media outlets that have audio outlets,” he said.

“Now imagine how this would disadvantage a blind person who is in the rural areas. Do they have access to such information? Also considering that ZEC has limited offices, are those in the rural areas capacitated to reach the centres and register? All these are factors that limit PWDs from participating in the electoral process.”

Nyasha Chagada who is also visually impaired highlighted that some PWDs shy away from the process due to “lack of privacy.”

Chagada said the issue goes beyond registration straight to the actual voting process where they are guarded by police officers.

“We do want to participate but we feel so violated. My vote is supposed to be my secret but imagine having to cast it in full view of a police officer that I do not know there is no privacy there,” Chagada said.

“I would have gone there with someone I trust to assist me. But they insist of having the police officer present. We do not feel safe. This can be addressed if we get ballot papers written in braille. That way we can cast our own votes in secret like everyone else.”

Paidamoyo Dandadzi (27) who has challenges with her leg, shared that her registration process was hectic as she struggled to enter the registration offices.

She said there were steps that she had to navigate and that was a strain for her as she had to rest a few times along the way.

“I’m grateful that when I went to the registration centre in Famona I was in the company of other young people who are able bodied. They are the ones who assisted me. For starters I had to board twice to get to the centre, if I were alone, I wouldn’t have gone. Imagine how many more people in my situation feel that way?” said Dandadzi.

“At least there should be ramps to cater for us as well those who are wheelchair-bound. All these are issues to take into account. Other factors that need to be looked into are the attitude of the ZEC staff members, some are very rude to us and they call us names, resulting in PWDs not participating in the voting process.”

Director of Gateway Elation (an organisation that works with visually impaired people) Robert Malunda, said ZEC must have a committee for minority groups which will put to the fore the needs of people with special needs.

Malunda noted that having a representative of PWDs would enable ZEC to have an appreciation of their requirements and by the time they embark on the registration exercise all needs would have been met.

“The electoral process is a cycle, we expect ZEC to effectively engage PWDs. They should come up with a committee to address the needs of PWDs. That way they will get firsthand information of what we need to make the process bearable,” he said.

ZEC District Elections Officer for Bulawayo, Sithembiso Khupe, explained that the commission is doing its best to cater for the needs of PWDs.

She said they recently acquired a braille machine in order to assist visually impaired citizens who want to partake in the voting process.

“We are doing our best to cater for PWDs. At the moment we are having the mobile BVR of which mostly are pitched tents. These are friendly for people who are wheelchair-bound and they are close to their homes so that addresses the issue of distance too,” she said.

“For the visually impaired we recently received a braille machine but apart from that we fill in the forms on their behalf then we instruct them on how to have their biological features captured. As for the deaf, we write down information for them so they may understand what is required of them. We will look into having sign language interpreters at the centres too.”

Khupe said although she could not give statistics off-head, there had been a notable number of PWDs who had visited the centres to register.

“We have not had any challenges working with PWDs. Of late we have seen quite a number coming to the station to register. We urge those who have not yet registered to take advantage of the ongoing mobile BVR and register,” she said. 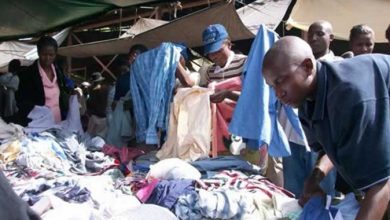 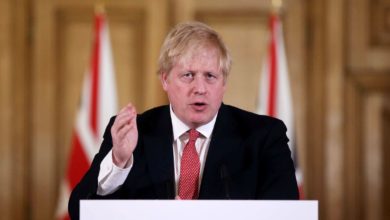